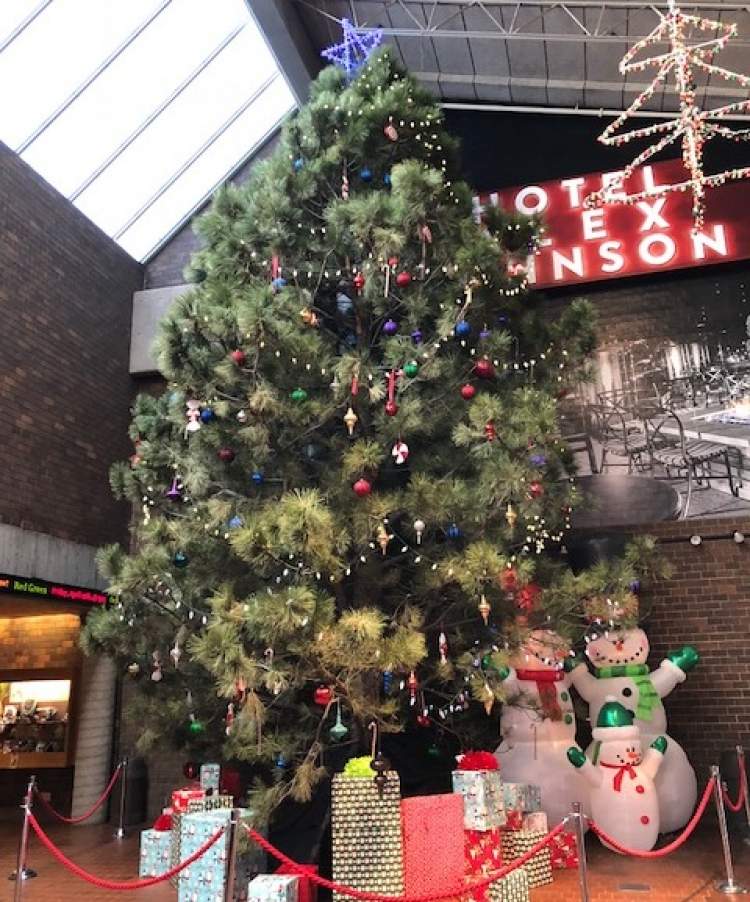 RAPID CITY, SD--When it comes to their favorite Christmas and holiday traditions in movies, music and meals, City employees are very diverse and varied in their selections.

A year ago, City staff participated in a holiday survey with respondents sharing their favorite selections in Christmas and holiday movies, music, TV shows, traditional treats and meals.  In many instances, staff shared a glimpse of their family traditions. Input from additional employees has been added this December for an updated version.

As with all families, there is quite a diversity when it comes to holiday traditions and favorites.  The City is pleased to share these findings from members of our collective family to yours.  Enjoy!

WHAT IS YOUR FAVORITE TV MOVIE?

As a group, City staff mentioned more than 25 holiday-themed movies from black-and-white classics to modern comedies.  Overall three movies were referenced most often, led by the iconic Griswold family exploits in 'National Lampoon's Christmas Vacation', which was listed by 34 respondents.  It was a close battle for second between 'A Christmas Story' (22 votes) and  'It's A Wonderful Life' (17 votes).   'Elf' (8), 'Polar Express' (5),  'Miracle on 34th Street' (4), 'How The Grinch Stole Christmas' (4), 'The Holiday' (3) and 'The Santa Claus' (3) received honorable mention with selection from multiple voters.

"No question, 'A Christmas Story'," says Civic Center Director Craig Baltzer. "I know it plays a hundred times each year on cable, but I can literally watch it a hundred times.  Reminds me of my family when I was young, and it is just a well put-together production."

"It's a Wonderful Life," offered Ellen, a technician in the City's GIS Division. "For "reality" television, this movie is more real than anything on TV as it hits home with the joys and sorrows of living life.  It is a reminder of no matter how tough life can become, hang in there and appreciate those that love us.  The angel Clarence seems so meek, but he has it in him to get the job done."

WHAT IS YOUR FAVORITE HOLIDAY SONG?

Ever wonder why there are so many holiday songs?  It seems there's a song for everyone with more than 40 songs referenced as favorites by the survey respondents, again covering numerous music genres from classic favorites to novelty songs.  Standing out from the crowd were the classics with 'Silent Night' receiving 16 votes just edging 'O Holy Night' with 14 votes and 'Little Drummer Boy' with eight votes.  'Have Yourself A Merry Little Christmas' and 'White Christmas' led the honorable mention group with six votes each and 'All I Want For Christmas Is You' and 'Baby It's Cold Outside' collecting five votes each.

'Have Yourself A Merry Little Christmas' (6)

" Silent Night - to me, it is a reminder of why we celebrate Christmas in the first place," said City Water Superintendent Jeff Crockett.

Other traditional favorites such as 'Away In A Manger', 'Jingle Bells' and 'Joy To the World' received votes as did novelty songs such as 'I Want A Hippopotamus For Christmas', 'Snoopy's Christmas' and 'Grandma Got Run Over By A Reindeer'. Modern songs such as 'All I Want For Christmas Is You' by Mariah Carey and 'Carol of the Bells' by the Trans-Siberian Orchestra received three votes each.

WHAT IS YOUR FAVORITE HOLIDAY TV SHOW (ANIMATION)?

Three classic favorites stood out with equal enthusiasm among City employees.  'The Grinch' led the way with nearly a third of the votes (37), closely followed by the deer with the red nose, 'Rudolph, The Red-Nosed Reindeer' with 29 votes.  'A Charlie Brown Christmas' was a respectable third with 20 votes.  'Frosty The Snowman' led the rest of the pack with six votes.

"In 'A Charlie Brown Christmas', you have Charlie Brown.  You have Snoopy. You have the whole Peanuts gang," said City Communications Coordinator Darrell Shoemaker.  "But you also have the Christmas story as told by Linus.  And there's the life lesson that with love, care and affection, there is great beauty and potential in a tiny, weak tree just as there is in all children and all of us."

WHAT IS YOUR FAVORITE CHRISTMAS OR HOLIDAY TREAT?

City staff provided a virtual smorgasbord of treats, as rich in calories as they are in family tradition.  Of the more than 120 survey respondents, there were over 40 different recommendations as favorite treats.  If there were a trio of treats that stood out most of all, it appears City staff is most partial to cookies of various kinds (30) especially homemade sugar cookies (20 of the 30) as well as varieties of homemade fudge (13 votes) and Lefse (11 votes).  Chex Mix varieties came in with seven votes and homemade peanut brittle had six votes.

City Water Reclamation Facilities Supervisor Clyde Jones is partial to a family favorite this time of year, Holly Leaves.  "Cornflakes made like rice crispy treats, with green food coloring, formed to look like a wreath.  Trim the holly leaves with red M&Ms or red hots!"

Council vice-president Becky Drury shares her favorite holiday treats, "Breakfast pizza, peanut butter cookies with stars in the middle, my Chex Mix (not the traditional kind!), and any other treat that someone else makes."

WHAT IS YOUR FAVORITE CHRISTMAS OR HOLIDAY MEAL?

Buffet restaurants would have nothing on the dishes served up at the collective table of City employees with numerous traditional meal items and holiday specialties referenced.  More than 40 different suggestions were offered by the survey respondents.  Leading the way were Oyster Stew (22), Prime Rib (14), Chili (7) and Ham or Ham balls (6).

"My father's mom, who passed away in 2010, used to make oyster stew during Christmas," Carstensen said.  "Only a handful of people would eat it and enjoy it.  My cousin, who is a vegetarian, still makes oyster stew for the few that eat it."

"My favorite holiday treat is a potato dumpling from Sweden called Paultn, Norwegians call it Klubb. Germans call it Kartoffel Kloesse," said Council member Ritchie Nordstrom.  "It's a wonderful dish that is not for weight watchers!"

"Growing up, it was always chili and homemade chicken noodle soup on Christmas Eve, followed by church and then back to the house for meat and cheese tray with crackers while opening the presents," said City Finance Director Pauline Sumption. "Christmas Day was usually the 'normal' turkey and/or ham dinner with all of the trimmings.  Now that I have my own family, I stick to the chili on Christmas Eve and Christmas Day dinner varies - sometimes turkey but this year it's prime rib."

For some its simple fare, such as the buffalo burger and cheese dip favored by the Civic Center's Larry Dale.  For others like Community Development's Patsy Horton, it's frozen cranberry salad, "Marshmallows, ground cranberries, cool whip, pineapple and nuts".

It's a double treat at the home of Council member Laura Armstrong.  Her husband's birthday is Christmas Eve, so there is a 'Daddy Day' birthday celebration with a homemade breakfast followed by outdoor activities, a special King Crab dinner and chocolate cake.  For Christmas, it's new pajamas for the Armstrong twins, a seafood potluck and an Italian stew called Cioppino.

A convenient holiday meal favorite for many City staffers also heads south of the border, centering around traditional Mexican food favorites, such as chicken enchiladas, tamales, burritos and chimichangas.

And yes, when it comes to holiday favorites, there were even votes for fruit cake, pickled herring and Lutefisk.