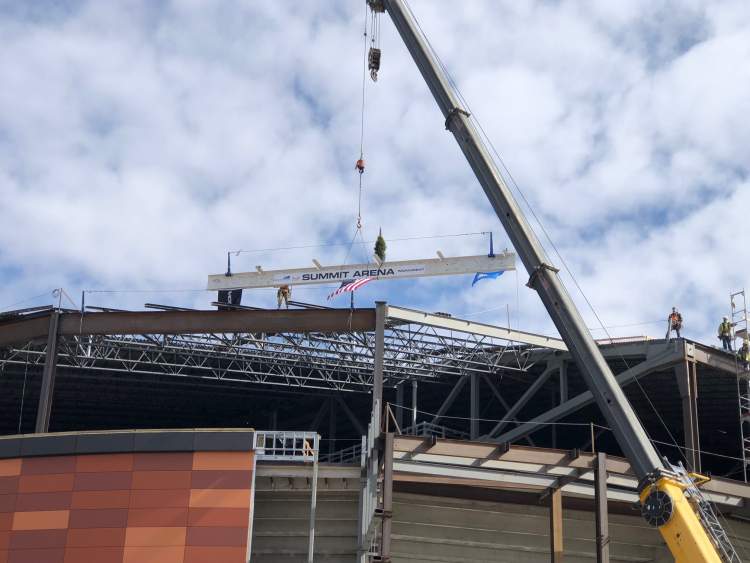 Crews from Mortenson Builders raise an autographed beam for placement in the exterior of the new Summit Arena, the highlight of the March 13 Topping-Out Ceremony attended by city, business and construction officials and several dozen from the public. (City Photo/Darrell Shoemaker)

A Topping Out Ceremony was held Saturday (March 13) for the Summit Arena facility.

A major milestone in the project, a topping out ceremony is a construction-industry tradition marking the moment when the crew puts the final structural beam in place.

Several dozen people from the public attended the event along with City, business and construction officials.

Dave Richardson of Mortenson talked about the significance of the topping out ceremony, the great pride taken by the workers on the project and the coordination and cooperation with Scull Construction and numerous local contractors.

Mayor Allender talked about the importance community support has played in the project and the impact of the Summit Arena to the future of the community.

Baltzer thanked his staff for their dedication to the project and how the project remains on budget and on time.  The facility is set for a grand opening this fall.