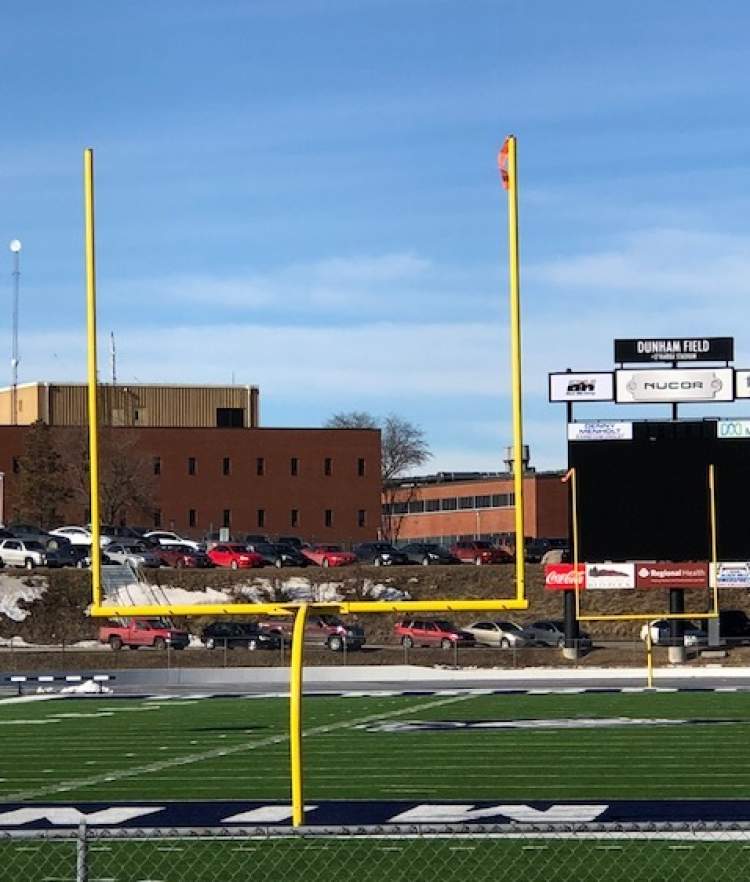 Dunham Field at SD Mines won't be hosting the Super Bowl Sunday but has been the scene of many exciting football games over the years. (City Photo/Darrell Shoemaker)

Random City survey results tilt towards Rams; some tuning in to Puppy/Kitty Bowl

RAPID CITY, SD--City officials and employees are split on their predictions for Sunday's Super Bowl with half of the surveyed respondents picking the Los Angeles Rams, just over a quarter predicting the New England Patriots, and the remaining group either not interested or choosing to watch alternative gridiron action on another channel.

A total of 32 staff are projecting the Rams to win their second Super Bowl title with 18 selecting the Patriots to win their sixth NFL championship.  A total of 10 respondents don't have a favorite and four plan to watch the Puppy Bowl or Kitten Bowl on Animal Planet.

Here is what some of the respondents had to say about the big game.

Mayor Steve Allender: "New England, 31-10.  I have never been less enthused to watch a Super Bowl."

Civic Center Director Craig Baltzer: "Rams. Final will be within one score – with Brady having an opportunity to go down field and win, but comes up short by something spectacular like a 4th down sack, interception, or fumble."

Finance Director Pauline Sumption:  "My gut says there will be controversy surrounding the outcome.  I’d prefer the Rams to win."

Fire Chief Rod Seals: "New England, 35-27.  I have joined the tens of thousands of new Rams fans, but the Patriots have an arsenal that will prove difficult to overcome."

Jim Gilbert, Information Technology Director: "I'll be watching the Puppy Bowl on Animal Planet, going with the underdog Team Fluff by a score of 21-28 - or 147-196 in dog points.  I think Blueberry Pie will win MVP (most valuable puppy)."

Rapid City Police Capt. John Olson, Criminal Investigations Commander:  "New England, 33-30 with a last minute field goal. This will be Tom Brady’s sixth Super Bowl win, which will help solidify him as possibly the greatest of all time.  I am not a huge New England fan but I know a good quarterback and coach when I see them.  I have underestimated them way too many times to ever bet against the Patriots."

Council member Lisa Modrick: "I am rooting for the Rams.  Growing up in the Los Angeles area, the LA Rams were everyone's number one team."

Fire Department Information Officer Jim Bussell:  "I’ll take the experience, old age and treachery of the Patriots over the youth of the Rams. My excitement for the Super Bowl is related to the fact that, once it’s over, we are only about 10 days away from the beginning of Spring Training and the start of another baseball season. Go Rockies!"

City Planner John Green:  "I had hoped Kansas City would make it.  I will be cheering on the Rams."