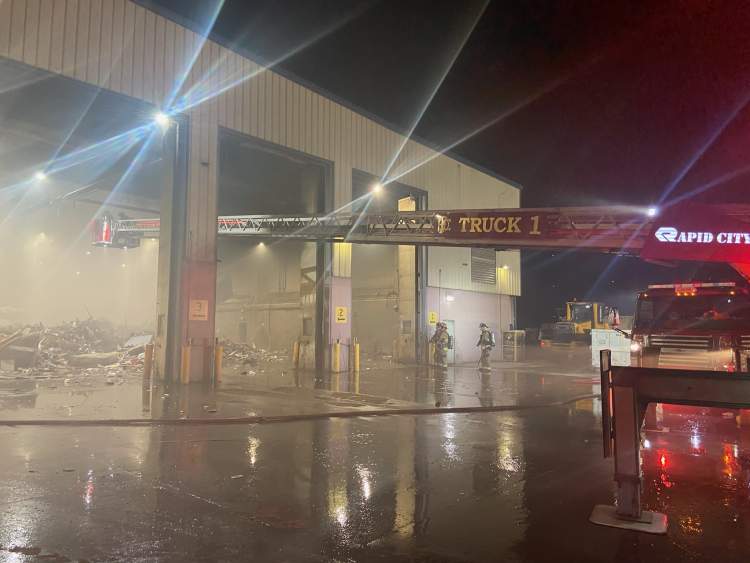 Rapid City, S.D. – At around 7:30 yesterday evening (Thursday), the Rapid City Fire Department was called to the Material Recovery Facility at the Landfill for a fire alarm.

Upon arrival, heavy brown smoke could be seen coming from the building. Resources were limited, as all other apparatus were committed to other calls in the city and the crews on this call had just cleared their third car fire of the day before going straight to the landfill fire.

Front end loaders had to be utilized to break apart the trash in order to wet it all down and make sure the fire was completely extinguished. Around 40 tons of trash was on fire. Crews were on scene for about four hours.

The Solid Waste Division wants to remind the public to not place lithium batteries, hot coals, hot liquids, fireworks, or other combustible and flammable items in their trash to avoid potential problems.