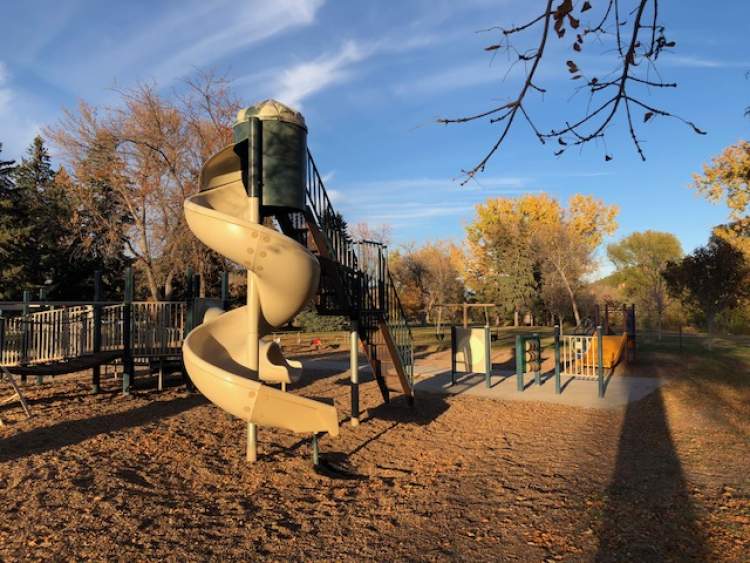 new playground next May

“The equipment at that playground is approaching 30 years old,” said City Parks Division Manager Scott Anderson.  “It’s due for renovations.  It’s to the point where we can’t find parts and pieces for the existing equipment.  It’s time for an upgrade.”

As the playground closes, crews will begin to dismantle the individual pieces.  Anderson expects the new playground equipment will be installed before Memorial Day.

The Tot Lot for two-to-five years old children will include a new composite structure and T-Swing. The area geared towards 5-12 year old children will include a large composite structure, spinning net climber and a ZipKrooz zip line structure.  The loose wood chip surfacing at the current playground will be replaced with artificial turf surfacing that satisfies requirements for fall protection and impact attenuation along with meeting ADA standards.

“The new playground will have about the same footprint as the current playground,” said Anderson.  “But it will offer new, exciting features the kids will enjoy.

“There’s never a good time to shut down a playground but these changes are needed.  It’s expected to be a nice weekend, so we encourage families with kids to enjoy the playground before we close it off.”