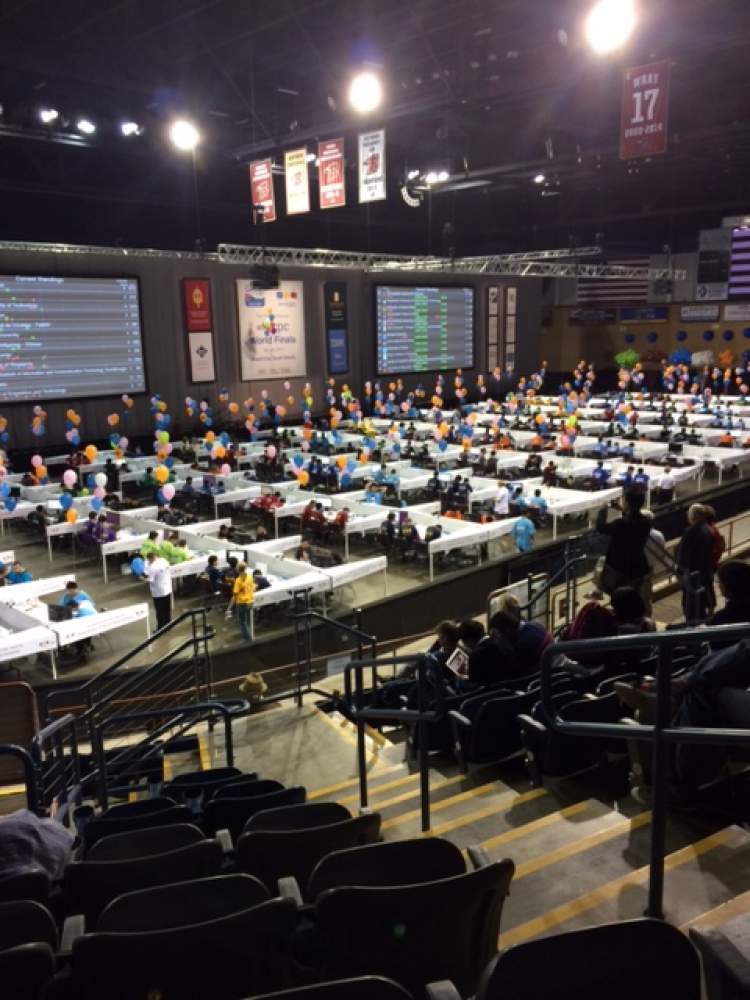 THE CHAMPION IS CROWNED!!!

St. Petersburg University of IT, Mechanics and Optics (ITMO) of Russia emerged as the World Champions of the 41st Annual ACM International Collegiate Programming Contest (ICPC) World Finals in Rapid City. A total of 133 teams from 70 countries participated.

By all official accounts and from visits with participants, coaches and ICPC organizers, Rapid City drew lavish praise as the host city for the 2017 World Finals.  Everything from organization of the nearly week-long event and the volunteers, to the promotion of the event, the coordination of the schedule with the Civic Center facility, and the activities for the visitors, were greatly praised.

Nearly 200 volunteers provided their time to the host committee's efforts.

Next year's ICPC World Finals will be held at Peking University in Beijing, China.

Tweet
More in this category: « City Pools Open For The Summer Water Conservation Measures In Effect »
back to top