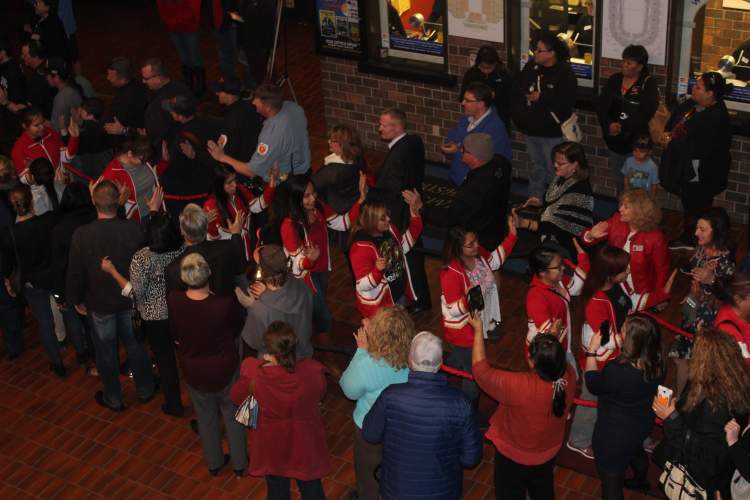 Participating LNI teams were greeted with a red carpet welcome by business and community leaders and citizens at the Civic Center Tuesday night, followed by a dinner and presentations. City Photo/Darrell Shoemaker

LNI teams were escorted by local law enforcement to the Civic Center Wednesday night for a red carpet welcome from community and business leaders and citizens. Teams entered to raucous applause, high-fives and encouragement. The 41st annual LNI begins officially today at the Civic Center with numerous events.

After the welcome, teams were treated to a team dinner in Rushmore C&D, followed by a proclamation by Mayor Allender, presentations by tournament and community officials and presentations to the teams of souvenirs.

New to this year's LNI activities is the Hand Games Corporate Citizen Challenge, where 10 community teams will square off in the traditional Native American guessing game.    The event will be held Friday, December 15 at 11:30 a.m. in Rushmore C&D.

The public is welcome and encouraged to attend festivities which will conclude on Saturday.