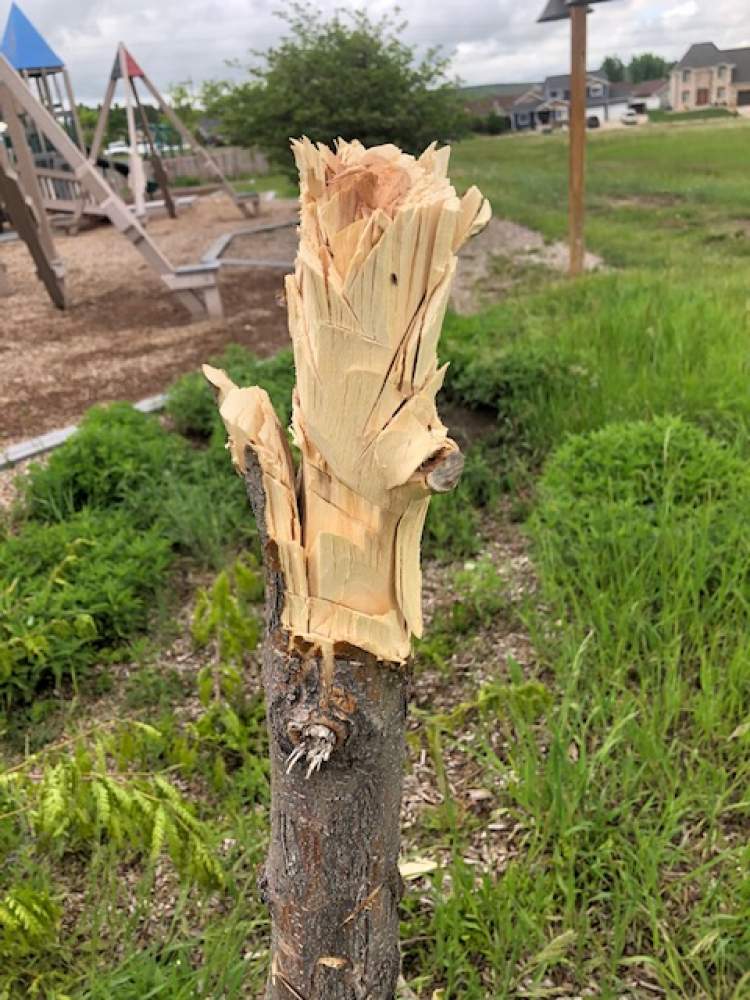 (AFTERNOON UPDATE) After this morning's announcement, the Rapid City Police Department has identified persons of interest regarding the damage to the trees and are continuing their investigation. City officials wish to thank the public for their immediate response to the call for assistance regarding the recent vandalism.

RAPID CITY, SD—Officials with the City’s Parks and Recreation Department are seeking the public’s assistance with continued vandalism in the city’s parks.  The most recent incidences involving the destruction of trees.

Trees have been damaged or destroyed in most of the City’s parks in recent weeks with the most recent instances taking place this week in Memorial Park, Robbinsdale Park and Vickie Powers Park.  The incidences involve major tree limbs and in some cases, complete destruction of younger trees.

“This summer has been a trying time for the Parks Department,” said City Parks Division Manager Scott Anderson.  “Crews have had their hands full between frequent instances of vandalism, including graffiti and destruction or damage to our park restrooms and porta potties, theft of catalytic converters and now destruction of trees in our parks.

“The destruction affects our community.  Our crews take great pride in what they do, and seeing the damage and destruction of the trees is disheartening.  It’s very possible that someone has witnessed the vandalism and we are encouraging them to share anything they may have witnessed.”