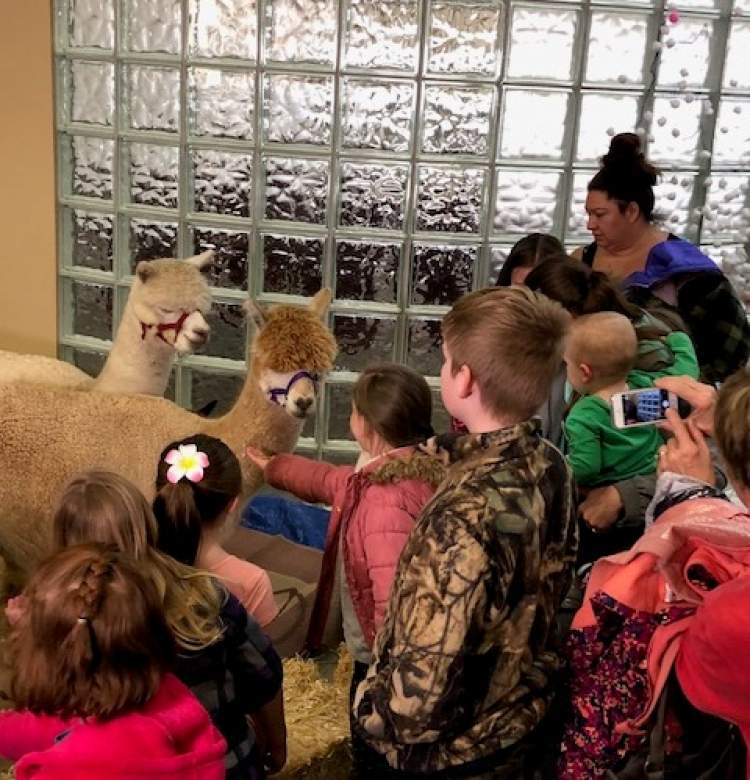 Dozens of children were able to get up close and personal with three Alpacas from the Caputa Alpacas and Guest Ranch during a special Library event on Presidents' Day. (City Photo/Darrell Shoemaker)

Guest Ranch Glenn Lepp fielded numerous questions, many of them coming from young, inquisitive children, about Alpacas, as three of Lepp's quietly took in the surroundings, studying their young admirers. After the question session, the children were allowed to feed and pet the Alpacas as they learned more about the animals.

The event was part of the Library's 'No School Days' programs.  In addition to spending time with the fluffy animals and learning neat facts about Alpacas, the kids were also able to create alpaca crafts and take selfies with the animals.

The Caputa Alpacas and Guest Ranch is home to 100 Alpacas, a store that sells Alpaca products and a small campground.  The Caputa Alpacas recently placed first and sixth place in the Alpaca Breeders of the Rockies Fall Festival Alpaca Show.