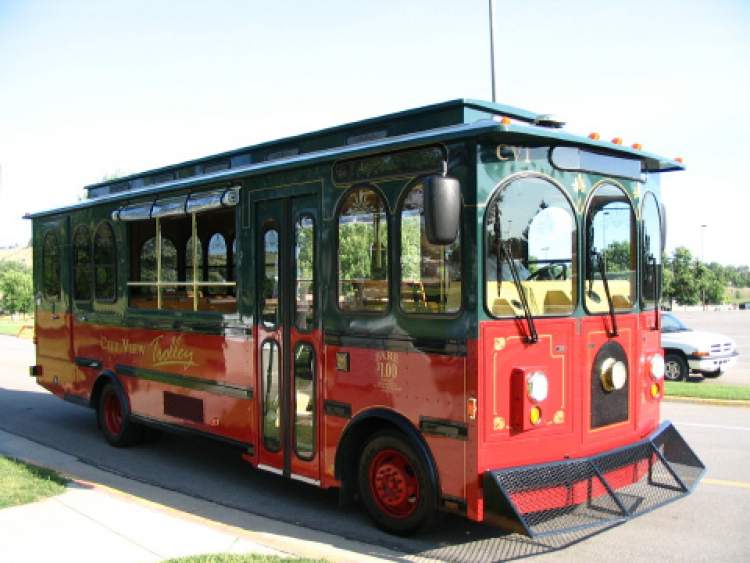 after August 6 due to shortage of drivers

RAPID CITY, SD—The City View Trolley will suspend summer tours next week with the last day of tours scheduled for next Friday, August 6.

Officials with the City’s Public Works Department and Rapid Transit Service, which operates the Trolley, say a shortage of drivers is the reason for suspending the summer tour bus operation.

“Unfortunately, we must suspend operations for the remaining three weeks and a day of the summer season,” said Megan Gould, Rapid Transit System manager.  “Ridership this summer has been slow. Between the shortage of drivers and the time it would take for the interview and training process for replacements, it doesn’t make much sense to continue as the season is drawing to a close.”

The Trolley season opened June 1 and operates from 10 a.m. to 5 p.m. Monday to Friday.  It was scheduled to operate through Tuesday, August 31. Known by its distinctive green and red turn-of-the-last-century cable car appearance, the City View Trolley takes passengers on a narrated, hour-long, 15-stop tour of Rapid City.

Stops on the Trolley tour include the Journey Museum, Storybook Island, Dinosaur Park, Stavkirke Chapel in the Hills, Founders Park, Sioux Park Formal Gardens, Main Street Square, the Berlin Wall in Memorial Park, Canyon Lake Park, and the Dahl Fine Arts Center. Riders can stay on the trolley for the entire tour or get off at a particular stop to visit an attraction and board the Trolley on its return trip an hour later.

The City View Trolley became a part of the Rapid Transit System in 2007.