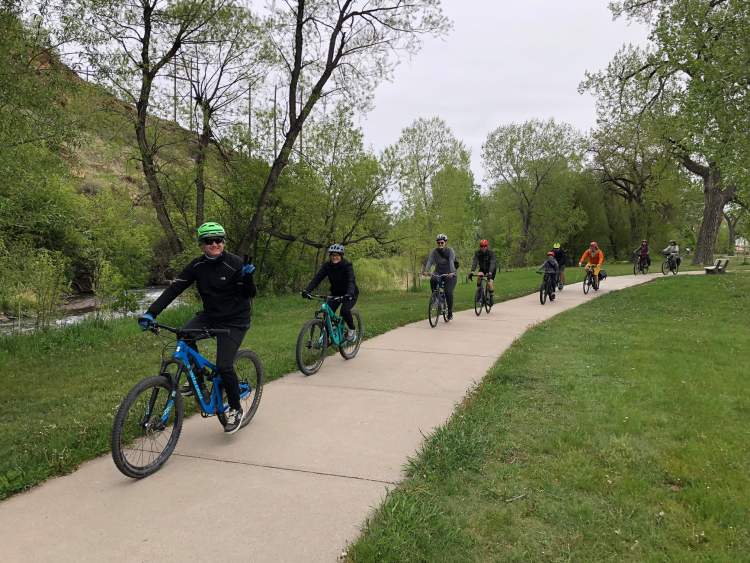 BY LEAGUE OF AMERICAN BICYCLISTS

The League announced Rapid City’s designation of Honorable Mention as part of an online announcement last week. In February, the League sought input from bicyclists in the Rapid City community as part of their Spring 2021 Bicycle Friendly Community review and selection process.  Survey respondents had until March 31 to provide input and feedback on Rapid City.

City officials are pleased with the recognition and are looking forward to receiving the input and feedback from the survey.

“This is great recognition for the Rapid City community,” said City Long Range Planner Kip Harrington.   “Such designations and recognitions are important to bicyclists from across the country who seek out areas to ride bike paths, trails and lanes in various areas of the nation.  The input and feedback from survey respondents, many of them local, will be valuable and helpful to city officials in addressing issues as we work to broaden the quality of life experiences for Rapid City residents and visitors in the future.”

The ride took place on a significant segment of the City's bike path, including the Leonard ‘Swanny’ Swanson Memorial Pathway, Mountain View Road, Jackson Boulevard, Canyon Lake Drive and 32nd Street. The purpose of the bike tour is to promote bicycling as an effective means of transportation to work, school and throughout the community.

“Biking has so many great benefits,” said Harrington.  “There are tremendous health benefits from bicycling.  It’s a great exercise.  But it’s something many people can do whether it’s enjoying a ride with friends or family members around the neighborhood, or using it as an effective means of getting to school and work each day.”

The main greenway of the City’s bike path extends approximately nine miles, starting on the west side at Braeburn Park west of the fish hatchery then heads east through Rapid City out to the Star of the West softball complex. There are additional loops and alternate routings through some of the City’s parks, especially at Sioux Park, Roosevelt Park and Robbinsdale Park.  Additionally, there are 7.5 miles of bike lanes on West Chicago Street, Jackson Boulevard, Mountain View Road, Canyon Lake Drive and Steele Avenue.

Between Skyline Wilderness Park and Hanson-Larsen Memorial Park, there are approximately 30 miles of off-road trails to enjoy.