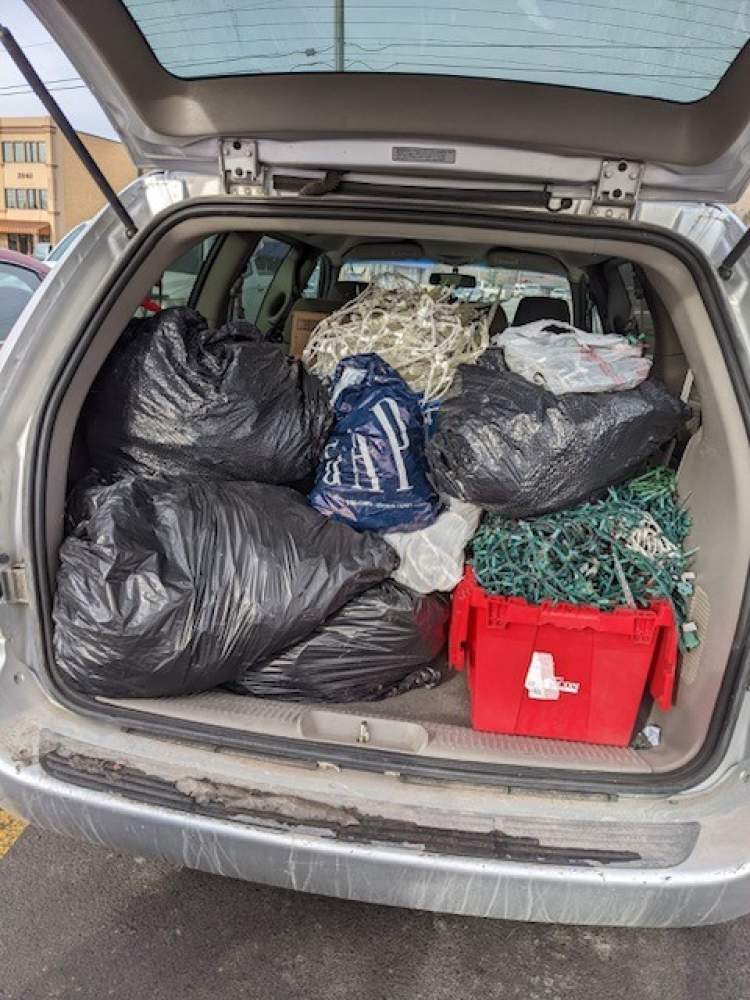 Just some of the nearly 2.5 tons of non-working holiday lights collected during the holiday season from 14 collection sites in Rapid City by the City's Solid Waste Division.

This year, the public responded in spectacular fashion, turning in nearly two and a half TONS of non-working lights between Thanksgiving and the end of January.  The total of 4,976 pounds – almost two and a half tons – of Christmas lights is a record.  During the previous holiday period, Thanksgiving 2020 to the end of January 2021, a total of 3,240 pounds or 1.62 tons of lights were collected.

“Holy Cow! It was an impressive collection effort,” said Solid Waste Outreach Coordinator Ria Harper.  “It’s a tremendous amount of non-working lights that have been properly discarded, will no longer be tossed into boxes and placed in closets, basements and garages, and the tanglers won’t pose a problem for our crews at the Landfill.”

‘Tanglers’ is the term given by City Solid Waste Division crews for the strings of non-working lights that are often tossed into trash containers and can get ‘tangled’ in the equipment as waste items are sorted at the Landfill facility.  The tanglers can result in delays and equipment problems.

Collection boxes were placed at 14 locations throughout the Rapid City community from Thanksgiving through January 31.  Harper thanked the outlets that agreed to place collection boxes at their locations as well as the public for properly disposing of the non-working lights.

Harper expects the collection effort to remain an annual project for the City’s Solid Waste Division.