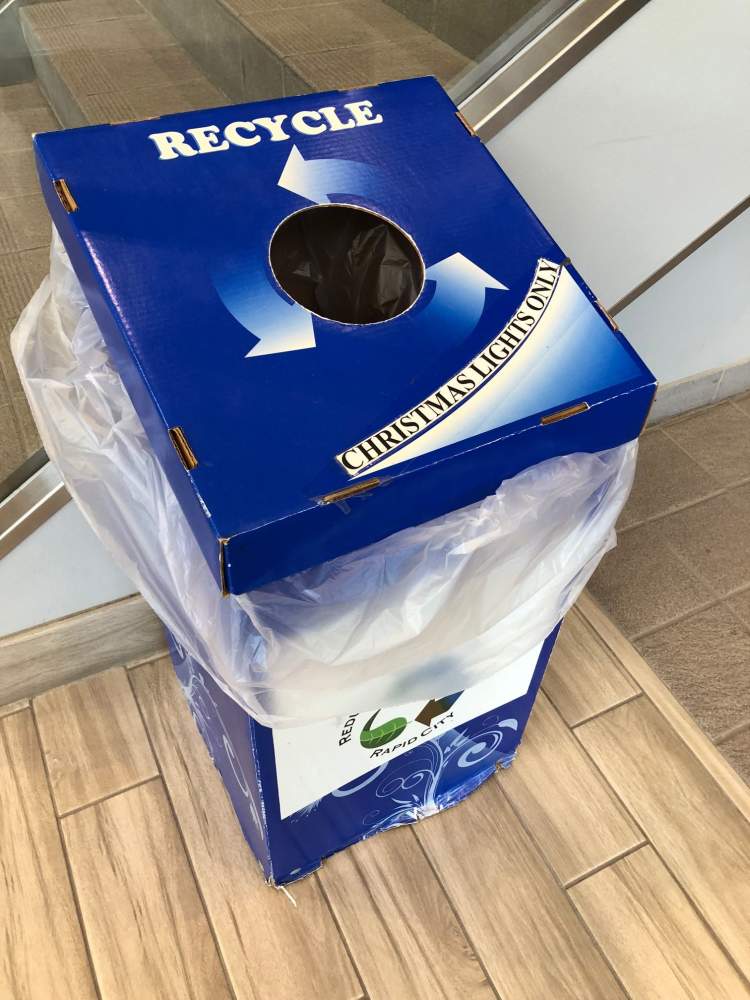 WITH THOSE NON-WORKING HOLIDAY LIGHTS

You lug out the box of holiday lights from the attic, garage or crawl space.  You work tirelessly to unravel the strings, place them end-to-end on the floor and connect them.  You plug them into the outlet only to find one string doesn't work.  Or worse yet, you're on the ladder and you've carefully connect those strings of icicle lights and you plug them in only to find one string isn't working. You try the replacement bulbs, you push in all the tiny bulbs and they still don't work.

So what do you do with those non-working strings of lights?

The City's Solid Waste Division is again encouraging the public to recycle non-working lights by dropping them off into one of several collection boxes that will be placed at various Rapid City locations beginning Thanksgiving weekend.  Officials strongly advise residents to not put the lights in the blue recycling bins or trash containers.

"This is the time of year when we encounter those non-working strings of lights as we decorate for the holiday season,” said Ria Harper, Solid Waste outreach coordinator.  “We strongly encourage the public the place those strings of lights into the collection boxes and not into the trash or recycling containers.

"We don't want homeowners to put the lights into the curbside recycling containers because the light strings are what we call 'tanglers'. When they get into the recycling line at the Landfill, they can get twisted up in the machinery causing backups and delays.”

Harper said the public can also turn in strings of non-working lights that may have been set aside this year from other holiday observances.

The bins will be located at these locations until January 31.