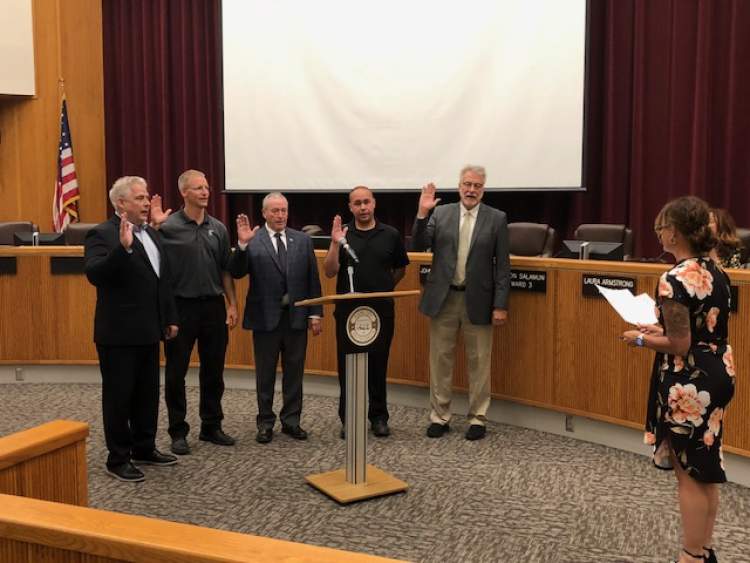 The term for each position is one year.  Lehmann and Evans served in their respective leadership positions during the 2021-22 Council term. The roles of the Council president and vice president are to serve the City in a leadership capacity, oversee Committee operations and make appearances at community functions and events.

Prior to the election of officers, Lehmann and Evans, along with Jesse Ham in Ward One, Greg Strommen in Ward Three and Pat Roseland in Ward Five took oaths of office and were sworn in for new three-year terms on the council.  The council also officially recognized outgoing Council members Ron Weifenbach and Darla Drew with awards for their service to the city and their respective wards.