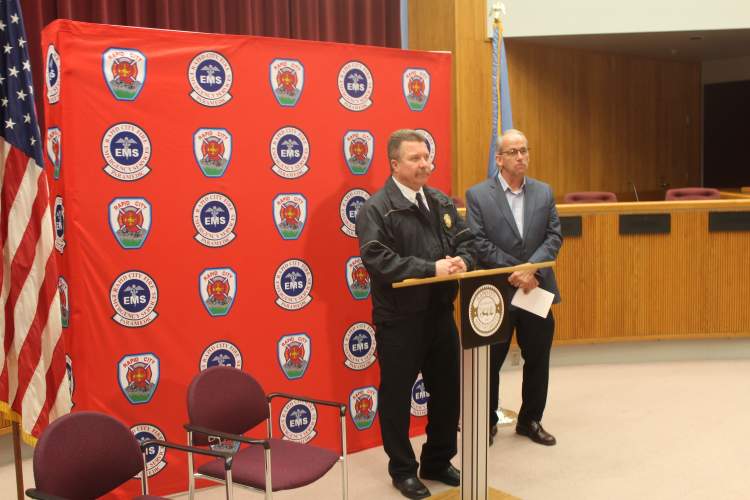 RAPID CITY, SD--Mayor Steve Allender has selected Rod Seals, a 22-year veteran of the Rapid City Fire Department, to be the City's next fire chief.  Seals has been serving as fire chief in an interim capacity since the departure of Mike Maltaverne in December 2016.

The Rapid City Council is scheduled to take up Seals' confirmation at the January 16 Council meeting.  If confirmed, Seals will be sworn in as the City's 18th fire chief.

"The citizens of the Rapid City area are served by some of the top fire and emergency service responders in the country," said Mayor Steve Allender.  "Rod Seals is a true professional.  Throughout his fire service career in Rapid City, and especially during the past several months in an interim chief capacity, Rod has demonstrated the leadership and management qualities to lead the Rapid City Fire Department and its personnel."

"It has been an honor and privilege serving the Rapid City community over the last 22 years," Seals said.  "I look forward to the next challenge serving as fire chief where I get to continue working alongside some of the best emergency responders in the nation."

Seals has a Bachelor of Arts degree in Organizational Leadership from Dakota Wesleyan University and an Associate Degree in Fire Science Technology from Casper College.  He holds certifications and has attended numerous trainings and specialty schools during his years with the Rapid City Fire Department.  He grew up on an almond farm near Chowchilla, CA.  In 1990, he migrated to Wyoming where he worked with his father in the petroleum industry.  In 1992, his fire service career began when he joined the Johnson County Volunteer Fire Department in Buffalo, WY.