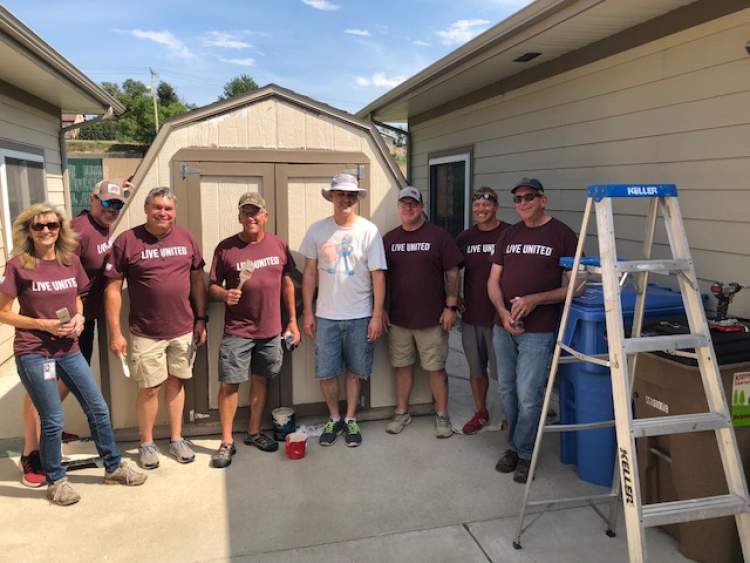 Rapid City Mayor Steve Allender and several department directors gather after painting one of three sheds at Black Hills Works locations as part of the kickoff to the Month of Caring activities for United Way of the Black Hills.

At the conclusion of the kickoff luncheon, officials gathered to honor long-time United Way staffer Rosellen Reese.  Rosellen is a familiar face for anyone who has been involved with the local United Way efforts.  She has led the effort the past 21 years on the Month of Caring (formerly Day of Caring) event, having matched more than 15,000 volunteers to community and individual projects.  She has also coordinated the Imagination Library program since 2002, providing more than 915,000 books to over 76,200 children in the Black HIlls.

United Way Director Jamie Toennies was joined by former director Renee Parker and Mayor Steve Allender to honor Reese for her service.  It was announced at the luncheon this is her last Month of Caring event as coordinator.  Mayor Allender read a proclamation, declaring today as Rosellen Reese Day in Rapid City.