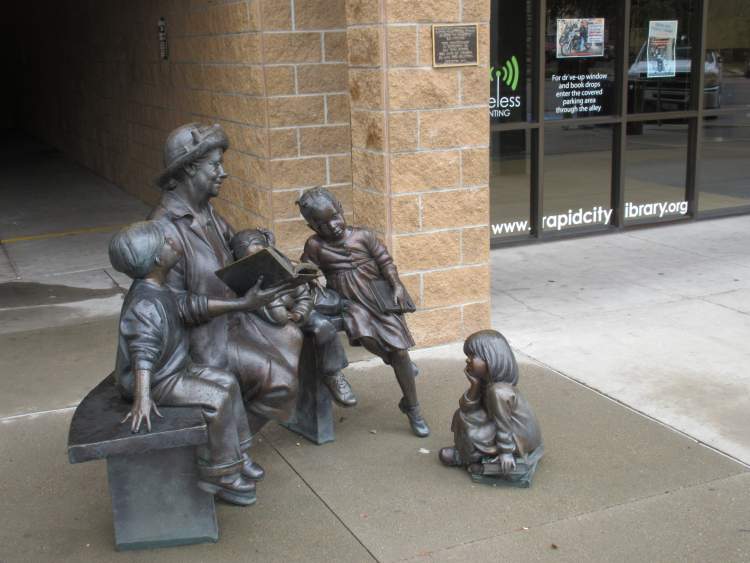 RAPID CITY--A familiar face will be returning to the Rapid City Public Library as its next director.

Davis, who served as the Library's public services manager and assistant director from 2000-2015, will succeed Jim McShane, who is retiring effective August 11 and who served as director since December 2013.   McShane and his wife are relocating to Jeddah, Saudi Arabia in August where he will serve as a consultant on a new school and library at the American International School in Jeddah.

Davis will begin her new duties officially on August 14.

"We want to commend Jim for his great work as our director and overseeing many great and innovative changes at the Library," said Library Board chair Becky Drury.  "We wish him all the best and we welcome Terri  back to Rapid City and feel very confident she will provide great management to the Library, its patrons and staff moving forward."

Davis began her career at the Brookings Public Library, then earned her Master of Science degree in Information Media.  After working various positions at the Caldwell Library in Idaho, Davis returned to South Dakota to serve as director of the Deadwood Public Library throughout the 1990s.  At the Rapid City Public Library, she served as project manager for the 2002 library expansion and migrations to enhanced library operating systems, developed a comprehensive staff training program and was instrumental in planning and developing branch libraries at the General Beadle School and Community Center and at Western Dakota Tech. She also served as interim library director prior to moving to Western Australia.