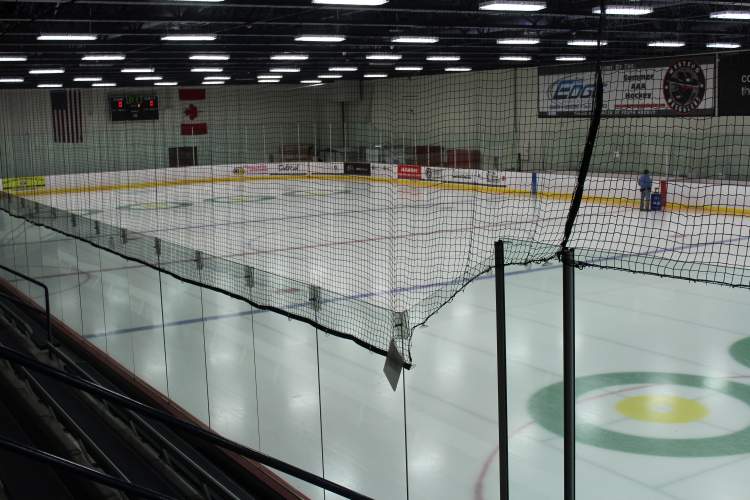 The Roosevelt Ice Arena will be the home ice venue for the Badlands Sabres junior hockey team of the NA3HL. (City File Photo/Darrell Shoemaker)

The NA3HL made the announcement on its website earlier today.  The team will be relocated to Rapid City for the 2021-22 season. The Badlands Sabres will be part of the League’s Frontier Division and its home ice venue will be the Roosevelt Park Ice Arena.

“Rapid City is a community with a long tradition and history of supporting sports teams at all levels, from youth to the professional ranks,” said Rapid City Mayor Steve Allender.  “We welcome the Badlands Sabres and the North American 3 Hockey League to Rapid City.”

City Recreation Division Director Doug Lowe worked with league and team officials on the transfer.  He is excited the transfer and relocation are now complete.  The Rapid City Council is set to consider the licensing agreement between the City and the Sabres organization at Wednesday’s (tomorrow’s) working session with approval scheduled at next Monday’s Council meeting.

“The league provides an exciting level of hockey and offers a great and unique opportunity for prospects to display their skills and hone their talents,” said Lowe.  “The City is excited to partner with the league and the Sabres organization.”

Organization will pay base fees for ice time;

RAPID CITY, SD (April 26, 2021)—The Rapid City Council is set to discuss and consider a resolution authorizing City officials to enter into licensing agreement with the Badlands Sabres Hockey organization for use of the Roosevelt Ice Arena.

The resolution is on the agenda for Wednesday’s Council working session for discussion and would be up for authorization at Monday’s City Council meeting.

If approved, the agreement would allow the Sabres to begin play later this year in the USA Junior Hockey League.  The three-year agreement is subject to an automatic three-year renewal.  The Sabres organization would pay the City a set hourly base fee for preseason, regular season and postseason games, a separate hourly fee for practices and camps, as well as license fees and a percentage of game receipts.

“The City is pleased to partner with the Badlands Sabres Hockey Group to provide yet another exciting hockey opportunity for athletes and fans in the area,” said Doug Lowe, City Recreation Division director.  “We look forward to working with the Sabres and wish them every success.”

Junior hockey is a level of regional competition geared towards player development and open to players between 16 and 20 years of age.  It is an opportunity for players to hone and enhance skills. The Sabres will be a member of the North American 3 Hockey League. The team is already promoting summer hockey camps that will begin in early May.  The Sabres’ season is slated to run from mid-September to mid-April.

In addition to the reserved ice time for the Sabres, Lowe said public use of the Roosevelt Ice Arena will be maintained.

The Council’s working session is scheduled for 12:30 p.m. Wednesday in the Council Chambers of City Hall.