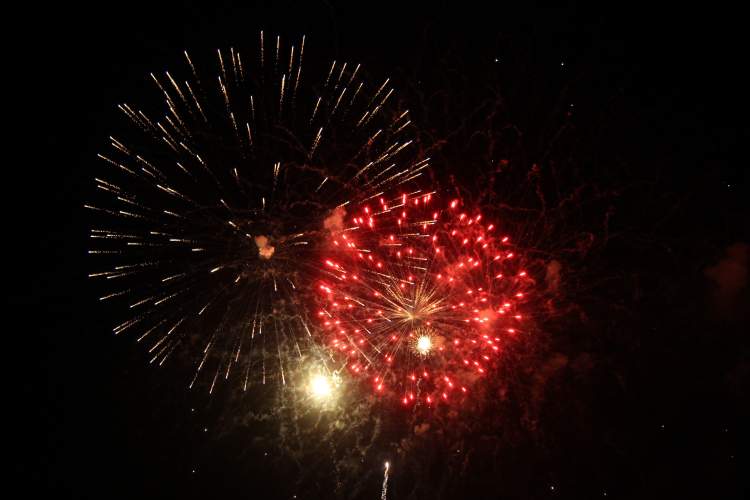 The City fireworks show is slated for the 9:30 pm timeframe this evening. Because of the threat of severe weather again this evening, fireworks officials may proceed with the show as early as 8:45 p.m. to beat the weather. Officials will again be closely watching the radar and forecasts to see what adjustments need to be made. According to current forecasts, looks like storms may push through earlier and clear out to allow the show to proceed as scheduled. Public advised to get a location and be ready for an early show.

Due to the severe weather impacting Rapid City, the City's Fireworks Show is postponed until Friday night at approximately 9:30 p.m.

The Rapid City Police Department will be restricting and prohibiting access near the display area around the Executive Golf Course.   Consider arriving early to obtain prime parking and viewing options for the display and drivers are urged to use caution when driving along Omaha and adjacent areas near the fireworks display area both before and after the show due to increased traffic in the area.

The public is advised to use caution and be mindful of City bike path areas that remain closed due to elevated water levels from Rapid Creek.

City offices will be closed on Thursday, July 4th in observance of Independence Day.  The first meeting of July for the Rapid City Council is Monday, July 1 at 6:30 p.m. in Council Chambers and will include the election of Council officers for the next year.

The Rapid City Landfill will be closed with no trash and recycling collection on July 4. Trash collection will operate on a normal schedule on Monday and Friday of holiday week with Tuesday, Wednesday and Thursday collections taken a day earlier, leave out until collected.

The Rushmore Plaza Civic Center will be closed July 4-5.

Fireworks go on sale and are eligible for discharge from June 27-July 7 in South Dakota, City officials remind residents and visitors that City ordinance prohibits fireworks within city limits with the exception of 'novelty fireworks' such as sparklers, party poppers, snappers, toy caps and flitter sparklers (Ordinance 8.24.020).

This year, the time frame for the sale and discharge of fireworks in South Dakota is Thursday, June 27 through Sunday, July 7.