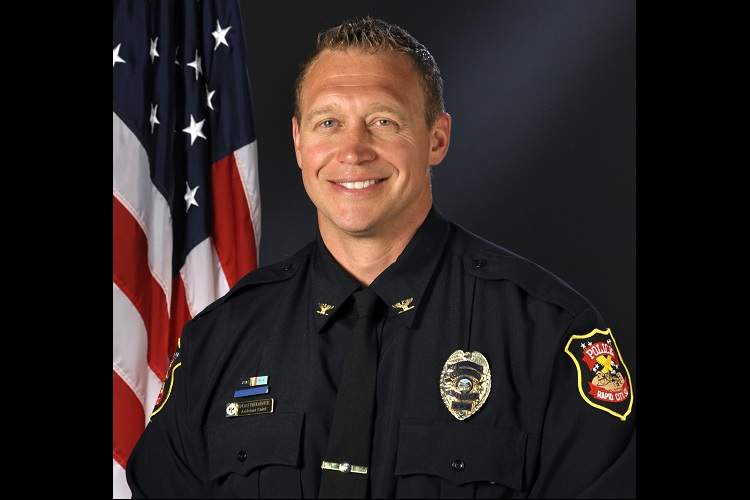 Hedrick, a native of Lakefield, MN, is currently service as assistant chief of police, and steps in as interim chief for Karl Jegeris, who announced his retirement last month as police chief and is effective today.  Jegeris has served with the Rapid City Police Department since 1995.

“It is an honor to serve the citizens of Rapid City as a member of the Rapid City Police Department," said Hedrick. "I am humbled to be in a position to keep the RCPD moving forward and oversee the compassionate work our officers do in the community each and every day. I am excited to carry this torch alongside such a dedicated and committed leadership team in order to serve the Rapid City community.”

Mayor Steve Allender shared sentiments on the occasion of Jegeris' retirement and the selection of Hedrick as interim police chief.

"Rapid City and its citizens have been served well by the sense of community, compassion and calm leadership style of Karl Jegeris during his quarter century of work with the Rapid City Police Department," said Allender.  "I am honored to have served with him for years in law enforcement and I have been pleased with the direction he has guided the department in as chief.

"Don brings with him years of solid law enforcement experience; he is passionate about serving our community; and he is well-respected by citizens and community leaders.  I have the utmost confidence in Don during this transition to the next chapter of leadership for the Rapid City Police Department."

Mayor Allender expects the selection process for a new police chief to be completed in August, anticipates an internal selection from within Rapid City's police department, and indicates the process will include a review of applicants and interviews by a panel of citizens and community leaders.

Hedrick began his law enforcement career in 2002 with the Rapid City Police Department, serving as detective, patrol sergeant, patrol lieutenant, special operations lieutenant and captain of the department's support services division. Last month, he was accepted as a Bloomberg Fellow into the Johns Hopkins Bloomberg School of Public Health. Prior to the selection, Hedrick had taken several Lakota history and language courses at Oglala Lakota College. He also serves on the boards of numerous community organizations.