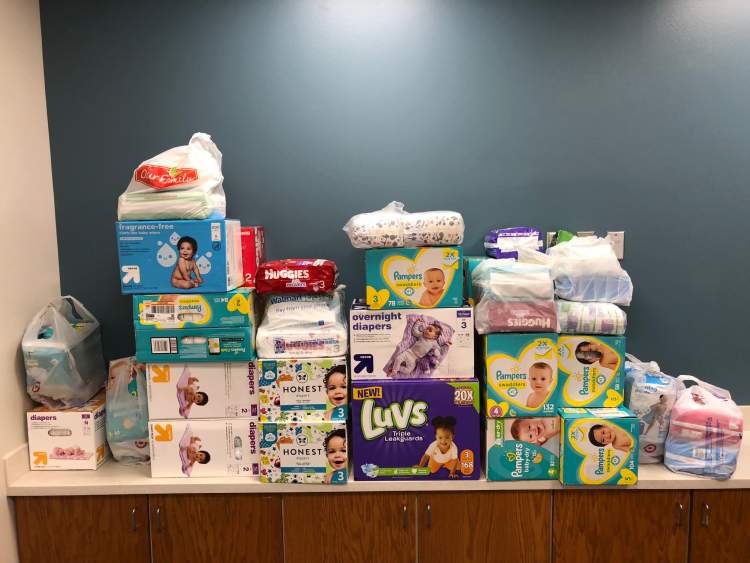 The Week of September 27 through October 3 is designated as Diaper Need Awareness Week nationwide, including here in Rapid City by Mayor Steve Allender. Monday through Friday of the week of Sept. 27-Oct. 1, diapers and wipes can be dropped off at several collection points in Rapid City, including City Hall, Fire Station 1 and the Public Safety Building. (City File Photo/Darrell Shoemaker)

Mayor Steve Allender is proclaiming next week, September 27-October 3, as Diaper Need Awareness Week in Rapid City with City Hall, Fire Station 1, the Rapid City Public Safety Building and One Heart serving as collection points.  Mayor Allender is encouraging citizens to donate generously to the diaper drive during Awareness Week and throughout the year to diaper banks, diaper drives and organizations that distribute diapers to families in need in the community.

*City Hall, 300 Sixth Street: For a fifth consecutive year, the front lobby of City Hall will serve as a collection point Monday, September 27 through Friday, October 1.

*Public Safety Building, 300 Kansas City Street: The Rapid City Police Department and Pennington County Sheriff’s Office are working together and the front lobby of the public safety building will serve as a location for collection of diapers during Awareness Week.

*One Heart’s Home Brew Coffee Shop, 201 Kansas City Street will serve as a collection location during the week.

All sizes of children’s diapers will be accepted with an emphasis on size five diapers since young children remain in that size longer than the other sizes.  Check and cash donations will also be accepted.  Modern Woodmen is offering up to a $2,500 match for any cash donations.  Checks can be mailed to 111 New York Street, Rapid City, SD 57701 or online at www.voanr.org/diapers  through October 3.  Other corporate efforts include TSP Architecture purchasing a pallet of diapers as part of the week-long collection drive.

Volunteers of America received more than 18,000 diapers last year.  More than 5,000 diapers and wipes were collected at City Hall as part of the community-wide effort.

Monetary donations will also be accepted at Mommy’s Closet, where officials indicate $10 provides a package of baby wipes, $25 a pack of diapers, $35 a combination pack of diapers and wipes, $500 a pallet of diapers.

For more information about Mommy’s Closet, contact 341-8336 or visit www.voanr.org/diapers to learn more about the diaper drive.