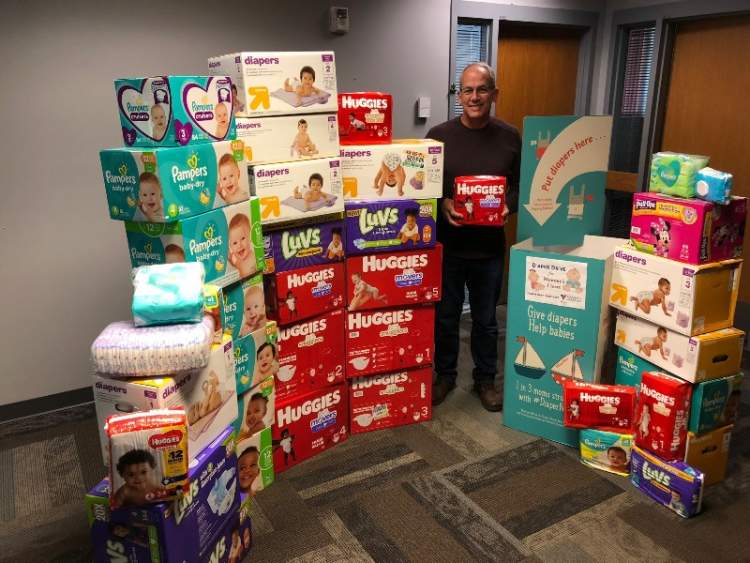 to City Hall through October 2

RAPID CITY--Mayor Steve Allender is proclaiming next week, September 21-25, as Diaper Need Awareness Week in Rapid City and encourages citizens to donate generously to diaper banks, diaper drives and organizations that distribute diapers to families in need in the community.

For a fourth consecutive year, the front lobby of City Hall will serve as a public collection point for diapers. The public can drop off packaged, boxed children's diapers and diaper wipes in a display bin at City Hall, 300 Sixth Street through Friday, October 2. Other collection boxes are located at Monument Health through September and Family Fare in Baken Park during Awareness Week.  Diapers can always be dropped off at Mommy's Closet, 111 New York Street.

Last year, nearly 3500 diapers and wipes were donated by the public to the City Hall donation box.

During Diaper Need Awareness Week and through October 2, the public can bring packaged or boxed diapers to City Hall Monday through Friday, anytime to Volunteers of America at 111 New York Street Monday-Friday from 8 a.m.-5 p.m., or to participating collection hosts.