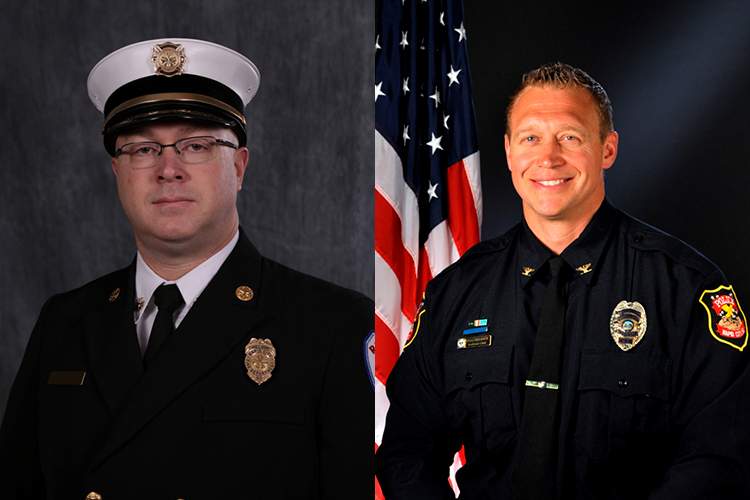 RAPID CITY, SD--The Rapid City Council tonight confirmed Jason Culberson as Rapid City's next fire chief and Don Hedrick as the City's next police chief.  Both Council votes were unanimous and the actions culminate a process that began in June and included the work of a panel of citizens and community leaders.

After his confirmation vote, Culberson was sworn in as the City's 19th fire chief by City Finance Officer Pauline Sumption.  The Council followed by confirming Hedrick as the City's 45th police chief and he was immediately sworn in by Sumption.

Both men have been serving their respective departments as interim chiefs since June when Mayor Allender initiated a selection process that included an internal request for applicants, interviews with department officials, and review and interviews by the citizens panel.

Culberson will oversee a department of 158 personnel.

Hedrick will oversee a department of 166 personnel.

In May, Hedrick was accepted as a Bloomberg Fellow into the Johns Hopkins Bloomberg School of Public Health.  Prior to the selection, Hedrick had taken several Lakota history and language courses at Oglala Lakota College.