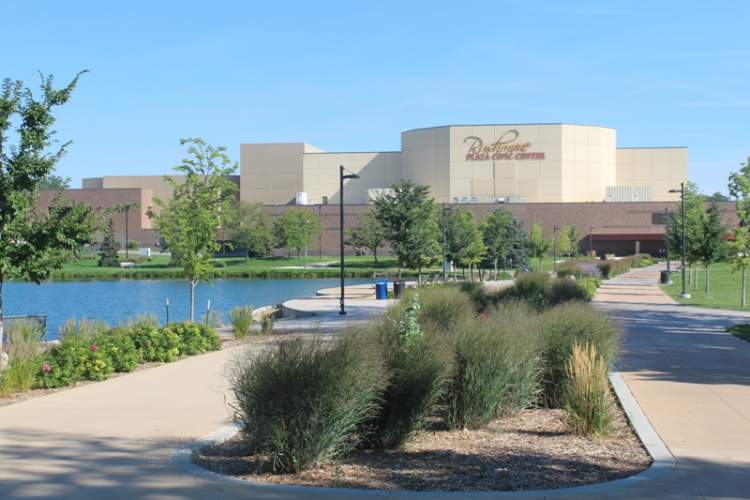 A groundbreaking ceremony and naming announcement will take place this Saturday at 3 p.m. at the Civic Center. (City File Photo/Darrell Shoemaker)

City and Civic Center officials alongside private industry partners will help Civic Center leaders break ground on the Expansion Arena Saturday at 3 p.m. The $130 million project will help grow Rapid City’s reputation as a modern sports and entertainment destination--representing the city and region in a way that has not been seen in a number of years while enhancing the experience for spectators.

WHERE: Rushmore Plaza Civic Center (West side of existing facility)

The expansion seeks to build upon the strong reputation of Rapid City as an entertainment hub providing the region with a modern arena capable of hosting a large number of events. When finished, the nearly 250,000 square foot arena will be home to Rodeo Rapid City, Black Hills Powwow, Lakota Nation Invitational and countless other sports and entertainment events.  Other features of the multi-purpose venue will include the flexibility to host large end stage and center stage concerts, family shows, basketball and large-scale wrestling tournaments, as well as open-floor exhibitions. The design caters to the next generation of fans, featuring open and transparent concourses, additional social spaces within view of the action, and a variety of experiential and premium seating options.

(RAPID CITY, SD – November 12, 2019) – As construction draws near on the Rushmore Plaza Civic Center Expansion Project, changes are already taking place.  With perimeter fencing set to go up this week, the Rushmore Plaza Civic Center will be closing the south side (eastbound) sidewalk along North Street from Mt. Rushmore Road N to North 5th Street/Haines Avenue and the east side (northbound) sidewalk along Mt. Rushmore Rd N to North Street for an extended period of time during construction of the expansion arena.

Pedestrians and cyclists are advised to stay alert and follow signage when traveling through this area.

In addition to the sidewalk closures, parking lots A&B will be permanently closed beginning this week to make room for the expansion arena.  A diagram of the site plan is shown below.  Construction activities associated with the expansion project are slated to kick off later this month.

For more information about the expansion project, visit www.gotmine.com/expansion