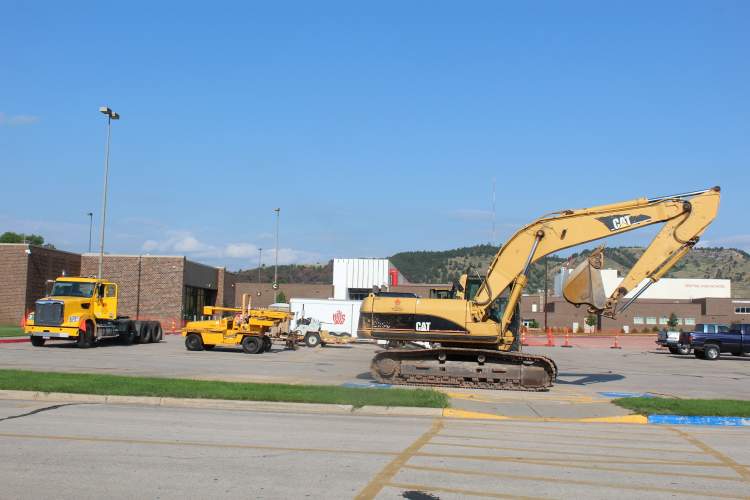 Construction crews have initiated work on parking lot improvements on the west side of the Rushmore Plaza Civic Center. (City Photo)

Construction work has started on the west side parking lot of the Rushmore Plaza Civic Center.  The project will provide enhanced ADA-accessible parking at the facility.

Crews will create more spaces and make some spots wider as well as remove and replace pavement.  Some entrances to the west side of the Civic Center will be closed during construction.  The project is expected to be completed in October.

The ADA parking lot improvements are part of the Department of Justice's settlement agreement with the City of Rapid City, but are separate from the efforts of the Civic Center Resolution Task Force, which is tasked with developing recommendations for the Barnett Arena.