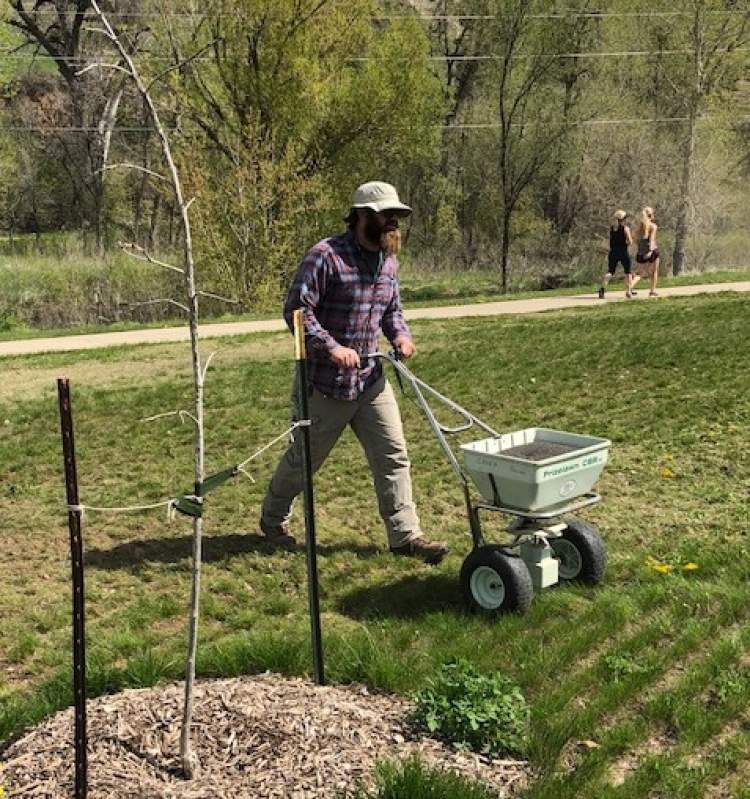 "Native prairie areas are big havens for pollinators," said Bernard.  "These areas will help with storm water runoff and lessen our impact on some of the ground we maintain.  This will lead to us using less fuel and less time spent on mowing greenway areas that see little use."

Bernard says if the test plot is successful, plans call for making a small trail through the area and expanding the native plantings to other minimal use areas in the City.  He says as the summer progresses, the public may notice tall grass and some flowers starting to establish in the west side of Founders Park.

"We will mow the area once in the late fall once all the grasses and flowers have cured and seeded out," said Bernard.  "Things will look a little different than people are used to seeing in that area."

Bernard says the effort is part of a larger plan at lessening impacts on the environment.