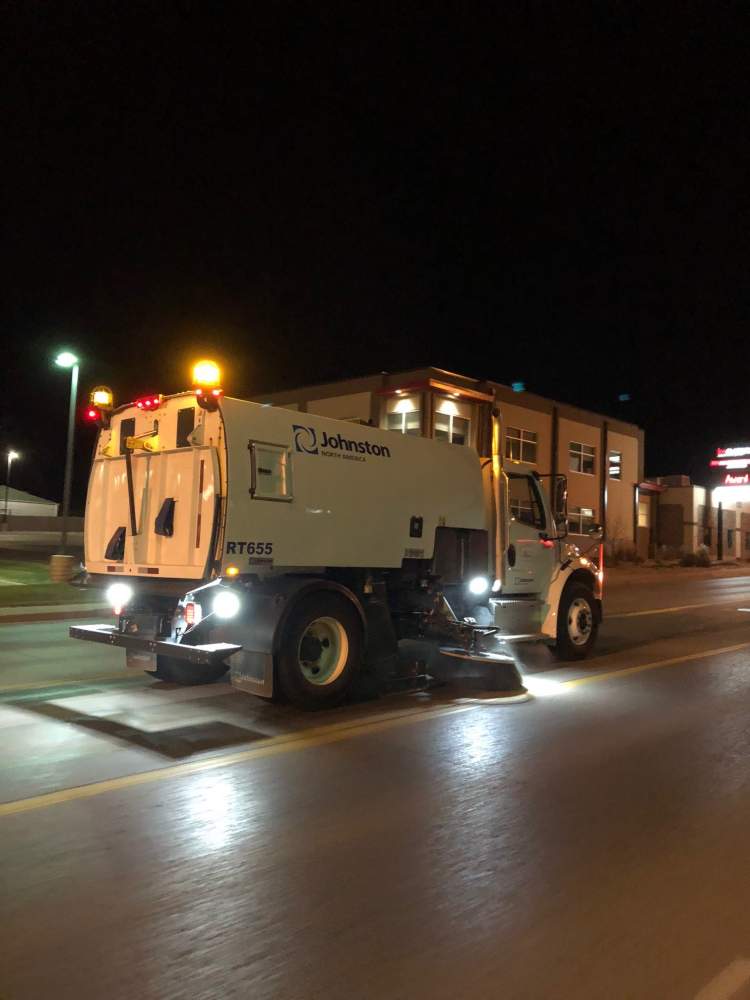 COLLECTING TONS OF MATERIAL IN 2020

"It was a busy year," said City Street Superintendent Dale Pfeifle. "With all the traffic, the construction, the changing weather patterns, the winds, much of the debris ends up on our streets.  It's not just gravel and dirt; it's bottles, cups, cigarette butts, paper items. The material can build up quickly and our crews work to keep the streets clean of the debris.

"Our crews generally work in the residential areas during the day and the main lines areas at night for obvious safety reasons."

Pfeifle says the sweepers collect the material which is dropped off at the Street Shop detention area on Steele Avenue, dried and taken to the Rapid City Landfill, which uses the material for cover.

When collecting material, the sweepers operate at about five miles per hour and the vehicles contain bright lights to alert the public of their presence.  Pfeifle advises the public to use caution when approaching or passing street sweepers and to be mindful of oncoming traffic in the working area.