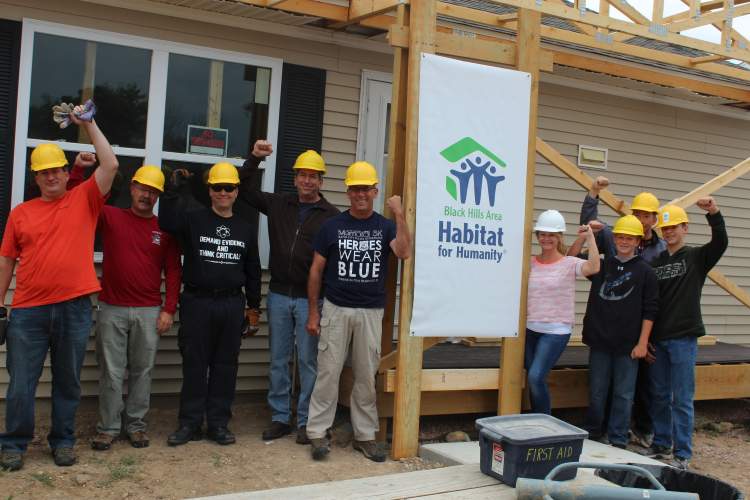 Some of the participants for the Mayor's Team Build for Black Hills Habitat for Humanity at the Garfield Green project. (City Photo)

City staff and family members rolled up their sleeves, gathered shovels, hammers and drills and went to work Saturday as part of the Mayor's Team Build for Black Hills Habitat for Humanity.

Habitat Director Scott Engmann greeted the team, shared the importance of the project to the families and to Rapid City and thanked the group for their volunteer efforts.  After a short prayer, the team went to work!