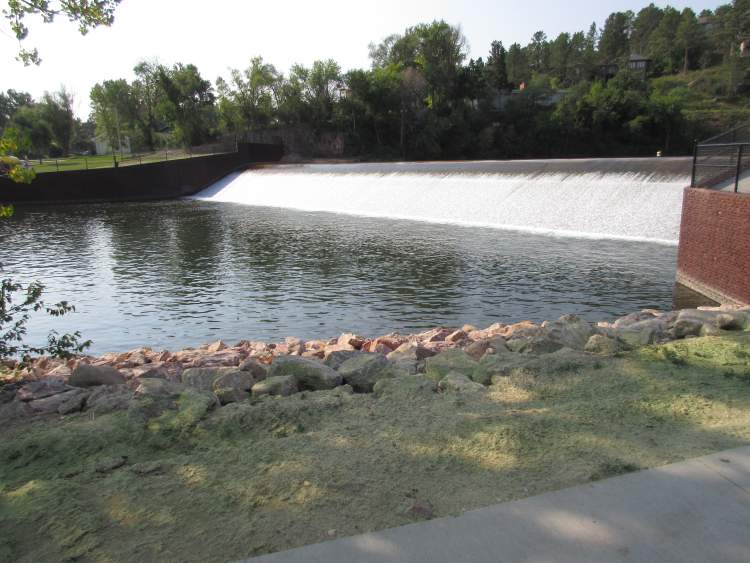 The Canyon Lake Dam Restoration Project is one of dozens of community projects funded with Vision Funds since the 1990s. The City Council has approved the members for the next Vision Fund Citizens Committee and also approved the submission process. Project applications will be accepted through July 23. (City File Photo/Darrell Shoemaker)

Rapid City, SD (May 21): The City is accepting public proposals for Vision Fund projects beginning May 24th through July 23rd, 2021.

Vision Fund projects will be considered for a three-year plan period by the Vision Fund Citizen Committee with approximately $24 million in Vision Fund revenue available. All projects in the plan shall be located within the city limits of Rapid City or benefit the City as a whole.  The City Council may approve the use of Vision Funds to finance buildings, facilities, infrastructure or other capital projects.

Project applications can be found on the Vision Fund Citizen Committee page on the City’s website or obtained in hard copy from the Mayor's Office. Please direct questions to the Mayor's Office at (605) 394-4110.

RAPID CITY, SD--At Monday night’s meeting (May 17), the City Council confirmed appointments to the Vision Fund Citizen Committee, approved a three-year plan for the next round of projects and authorized the solicitation of potential projects from the public.

The purpose of the Committee is to accept and take comments on potential Vision Account projects.  The Committee will evaluate potential projects and provide recommendations to the City Council.  The Council previously authorized utilizing half of the expected annual Vision Funds for community projects with the other half utilized to pay on bonds for construction of the new Summit Arena.

The estimated Vision Fund revenue available for projects is approximately $24 million over the next three-year project plan.

The City will be accepting public proposals for Vision Fund projects beginning May 24 to July 23.  The process will also include committee working sessions and public hearings in late summer and fall with recommendations to Council anticipated in November.

Project applications will be available next week on the City's website and available for pick up in the Mayor's Office.

Tweet
More in this category: « AND THE WINNERS ARE...'Name The Garbage Truck' Contest Winners Revealed Rapid City Receives Recognition By League of American Bicyclists »
back to top