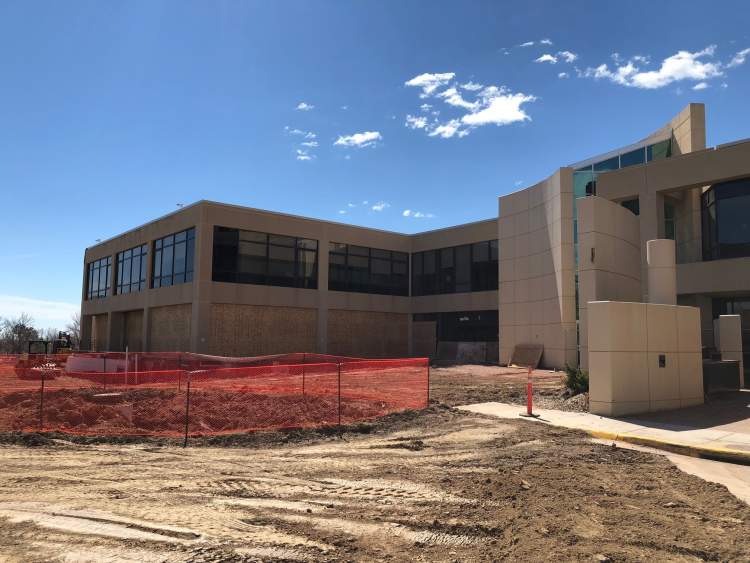 Expansion of the Monument Health cancer care facility has been one of the top permits issued by the City's Building Services Division in 2021. (City File Photo)

November’s valuation total was the third-highest valuation for the month of November.

“It’s been a great year for building in Rapid City,” said Community Development Director Vicki Fisher.  “We have certainly seen a continued level of brisk activity through City Hall from developers, contractors and citizens coming in to work with staff on plans and securing permits on everything from big projects to do-it-yourself home projects.  It all adds up.”

The permit eclipsing the previous record appears to be one issued November 29 for the new Department of Veterans Affairs clinic at 2165 Promise Road.  The permit issued to Community Enhancement VII LLC with Scull Construction as contractor is valued at more than $14.1 million ($14,112,400).

Other high-valued permits issued in November include a permit issued to Pennington County with RCS Construction as contractor for the crisis stabilization unit at 308 Quincy Street, valued at $5,308,000 and a permit issued to Wausau Supply Company with JMC Inc. as contractor for the addition at 3356 Dyess Avenue, valued at $4,916,994.  Another 17 permits were issued for residential structures with a combined valuation of $5,270,812.

The record mark will be set higher after December’s permits and valuation numbers are totaled.  City officials say December is already off to a very good start.  The first few days of December produced three permits with a combined valuation total of nearly $16.4 million.  The permits were issued to CR Lloyd Associates, Inc. with Lloyd Construction Company as contractor for 36-unit and 72-unit apartment complexes on Shelby Avenue.