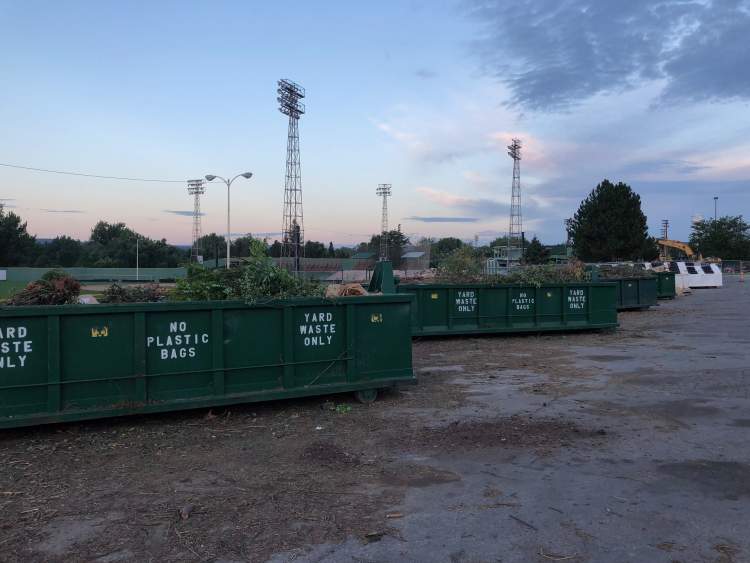 ‘TONS’ OF MATERIAL ON FIRST DAY

with nearly 47 tons of material

RAPID CITY, SD—Monday was the first day for placement and public use of the large, green containers at the City’s two remote yard waste locations and Solid Waste officials indicate the containers collected tons of material…literally.

“With the nice weather this past weekend, it’s clear there was a lot of tree trimming, raking and sprucing up of yards and areas in the community,” said Jancie Knight, Solid Waste Division outreach coordinator.  “Our crews were kept busy hauling the big containers in and out of the remote locations all day Monday and very early Tuesday morning.

Solid Waste officials remind the public to utilize the containers for their intended purposes: yard waste, recycling materials, cardboard and newspapers.  The remote collection sites are not drop-off locations for commercial haulers and are not dump sites for large items such as appliances, furniture and items that should be taken to the Rapid City Landfill.  Anyone with questions should contact the City’s Solid Waste Division at 355-3496.

The public is also reminded to sign up for adjusted collection notices by visiting www.rapidcityrecycles.org and sign up for email reminders.  The public can also keep up with Solid Waste Division information on Facebook at www.facebook.com/SolidWasteRC .