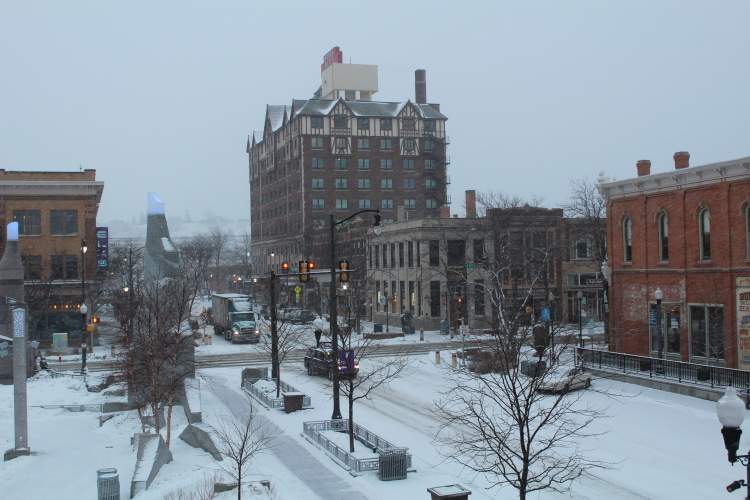 The City reminds residents of the Downtown Snow Alert policy and that residents can receive notifications of when an alert is declared by texting 'RCSnow' to 898211 through the 211 Helpline Center. (City Photo/Darrell Shoemaker)

*Crews transitioned over to the downtown core between Fifth and Ninth, Omaha to Kansas City Street around 1 a.m. this morning.  Crews and contractors were also working in residential areas last evening and overnight.

*Rapid City Police report 21 cars were towed from the downtown core area as part of the Downtown Snow Alert.

*Many businesses cleared sidewalks yesterday and pushed the snow into the street for crews to pick up. Unfortunately some business sidewalks have yet to be worked.  Any material pushed out by businesses into street areas already plowed will not be collected as crews continue work in other areas of downtown.

*Crews will be in the downtown sector again this evening and overnight to load and haul away snow piles.

*Crews will continue work in residential areas throughout the day.

The downtown snow alert allows City crews and contractors to work to remove snow without facing obstacles from parked cars.

Downtown business owners have also been advised to clear their sidewalks of snow today.

Tweet
More in this category: « Rapid City Police: Drive Sober or Get Pulled Over December Youth Ridership Up 63%; Nearly 148,000 Trips Provided Since Free Program Started »
back to top