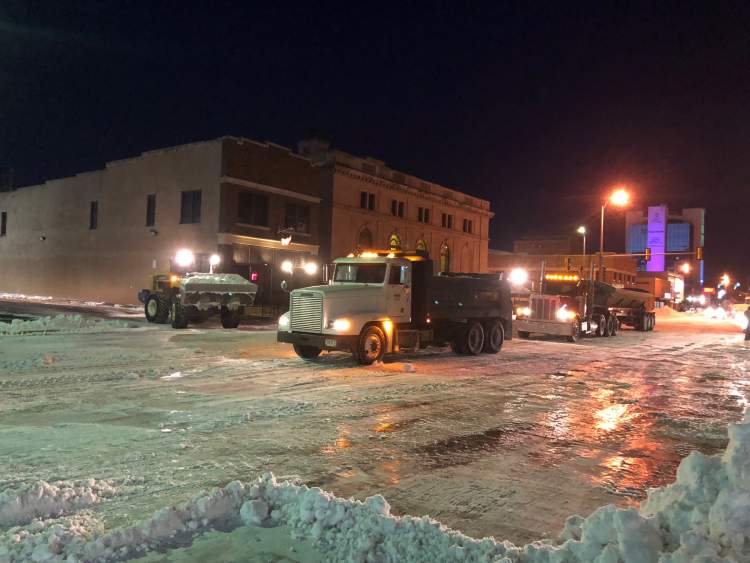 RAPID CITY, SD--The City of Rapid City reminds residents the City can declare a downtown snow alert under certain conditions and encourages the public to sign up for text notifications for such declarations. In addition, the boundary of the area affected by a downtown snow removal alert has now been expanded.

The City partners with the 211 Helpline Center to notify affected residents and business employees when a downtown snow alert is declared in addition to utilizing traditional media sources and the City's social media platform.

Anyone wishing to receive downtown snow alerts via text message may subscribe by texting 'RCSnow' to 85511.

In April 2016, the City Council approved an amendment to the City's Snow Removal Policy, authorizing the issuance of a snow alert in the downtown core area under certain conditions.  The boundary of the downtown snow removal core area is defined as both sides of the street on West Boulevard to the west, Fifth Street to the east, Omaha Street to the north and Kansas City Street to the south. When a Downtown Snow Removal Alert is declared, any vehicle or trailer  remaining in this 'boundary box' core area from 2 a.m. to 8 a.m. may be removed by the police department and the vehicle's owner or operator assessed a fine, charges for towing and storage of the vehicle and any relevant parking violations.

In early December, the City Council approved an extension of the western boundary line of the downtown core area for snow removal from Ninth Street to West Boulevard.

The City's Public Works Director can declare a Snow Removal Alert in the downtown core area for snow to be cleared for the safe and orderly flow of traffic and for the safety, health and welfare of the general public.

Tweet
More in this category: « City Leaders, Staff Share Their Holiday Favorites Three Locations Set Up For Disposal Of Holiday Trees, Wreaths, Garland »
back to top