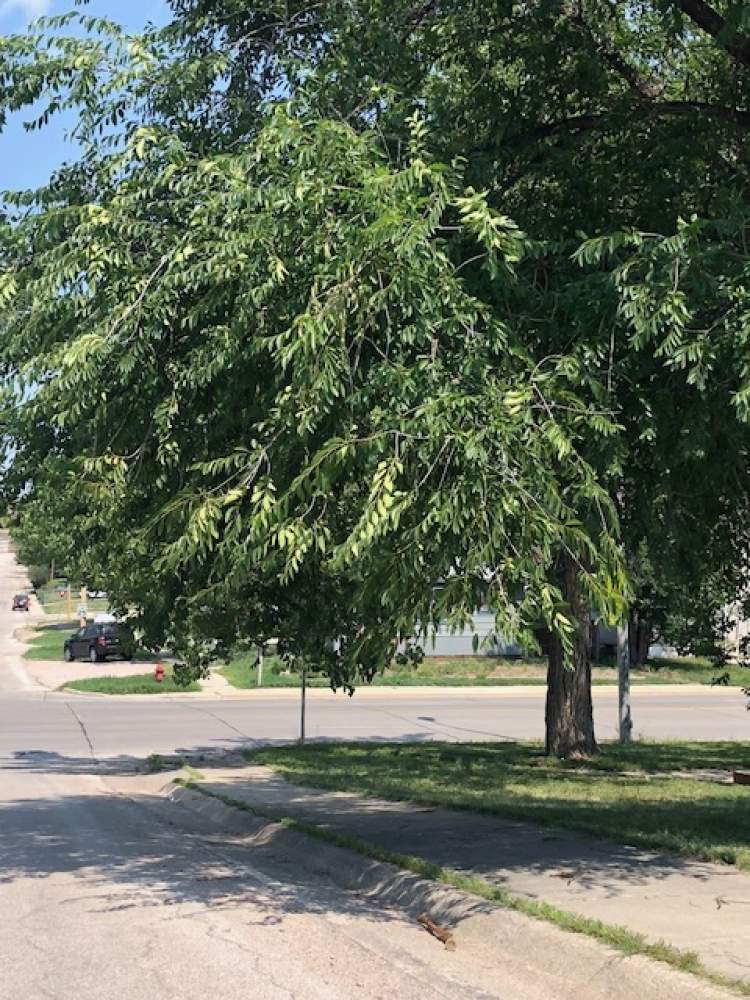 (Yes, there's a stop sign hidden behind those tree branches)

RAPID CITY, SD—City officials are reminding homeowners and property owners to trim or remove tree branches or bushes from private property and boulevard areas to avoid creating safety hazards by obstructing traffic signs at intersections and other areas in the city.

Homeowners and property owners can be cited for failure to remove the obstructions.  Property owners can be notified of violations by the City’s code enforcement division.  If the obstruction is not removed, city crews can trim back the foliage or hire contractors to have the tree or bush removed.  Cost for the tree and foliage trimming or removal along with an administrative fee can be assessed to the homeowner/property owner.

“It’s a safety issue,” said City Engineer Roger Hall.  “In some instances, a driver approaches an intersection and they cannot see the stop sign, yield sign, school zone sign or other important traffic signs due to overhanging tree limbs laden with leaves, or bushes with overgrowth obstructing the view of the sign.  We want to remind homeowners it’s their responsibility to keep trees and bushes trimmed so there is no obstruction to signage for oncoming traffic.”

The City’s Code Enforcement Division investigates complaints filed by citizens and will notify homeowners to immediately remove the obstruction. If the hazard is not immediately removed, code enforcement will contact the City’s Public Works Division or a private contractor for further action in getting the obstruction trimmed or removed.  Property and home owners are responsible for the landscaping within the boulevard (the area between the sidewalk and the street pavement/curb and gutter).  If landscaping must be trimmed within this area, the property/home owner would be charged the fee for abatement.

1.   Is dead, diseased, insect infested or has obvious visible defects; and

a.   Constitutes a hazard to life or property, or

b.   Harbors pests which constitute a threat to other trees within the city.

B.   The city shall notify the owner of the real property on which the tree is located, in writing by first-class mail or hand delivery, to remove the tree within such reasonable time as shall be determined by the Urban Forester. Removal shall be made by the owner at the owner’s expense. In the event of failure of owner to comply with the removal provisions, the city shall have the authority to remove the tree and defray the cost of abating the public nuisance, including administrative costs, by taxing the cost thereof by special assessment against the real property on which the tree was located. In addition to the abatement remedy prescribed in this code and those remedies prescribed by state law, any person violating this section may also be subject to the general penalty provision as set forth in § 1.12.010 of the RCMC.