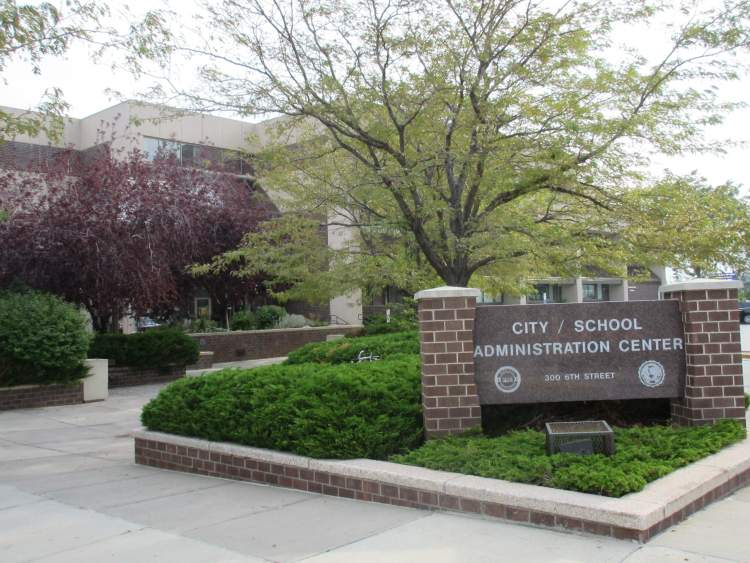 RAPID CITY, SD--The City's East Rapid City Water System Expansion Project has been chosen as one of 10 projects to receive national recognition as a 2019 AQUARIUS Exceptional Project by the Environmental Protection Agency (EPA) through nomination by the South Dakota Department of Environment and Natural Resources (SDDENR).  The award announcement was made today by the State of South Dakota in cooperation with the EPA, which recently recognized 30 clean water and 25 drinking water infrastructure projects nationwide.

“Congratulations to Rapid City on their recent award,” said South Dakota Governor Kristi Noem. “This project was a unique partnership where Rapid City set out to serve more than 600 non-city residents located east of town. Those non-city residents were being served by water systems that were inadequate, unreliable, and failed to meet safe drinking water standards. This is a well-deserved award and I am very proud of their leadership to see this through.”

The AQUARIUS Program nationally recognizes projects for exceptional focus on sustainability and protection of public health. This project is one of only 10 projects recognized in 2019.

When Rapid City began planning to extend a new water line to the Regional Airport located east of the city, the DENR identified the potential to address the needs of small community water systems in the project area.

"For Rapid City to be recognized nationally is a great honor," said Morgan Falcone, P.E., an engineer who was the City's manager for the project. "This project is a culmination of years of work from so many people.  It was a great team effort. A special thank you to the South Dakota DENR and the City's Water Division for their efforts in the project.

"The project impacts the quality of life for all of the people who live in the project area and provides important infrastructure for potential growth for the City in the future."

The project included more than five miles of infrastructure including water mains and a pressure reducing facility. The total project funding was $7,537,837, of which $1,500,000 million was contributed by the City to bring water to the City Water Reclamation Facility, $911,837 from the State Consolidated Grant Program, and $3,375,000 in principal forgiveness of the $5,126,000 Drinking Water State Revolving Loan Fund (DWSRF) loan.  The ability to provide grant and principal forgiveness by the State is the primary reason the project was possible and made affordable to property owners.

Earlier this year, South Dakota nominated two projects for EPA award consideration: the East Rapid City Water System Expansion Project for EPA's AQUARIUS recognition and the Dell Rapids Wastewater Treatment Facility Improvement Project for its PISCES recognition. Of 25 AQUARIUS projects recognized, the Rapid City project is one of 10 designated as 'Exceptional Projects'.  The Dell Rapids project was one of 30 PISCES projects recognized and one of 13 receiving the 'Exceptional Project' designation.

EPA recognizes projects for excellence and innovation within the Clean Water State Revolving Fund and Drinking Water State Revolving Fund, a $38 billion federal-state partnership dedicated to protecting America's public health.  Projects are recognized for exceptional focus on sustainability and protection of public health and must have been completed within the last two years that provide public health benefits and financial integrity and complies with provisions of the Safe Drinking Water Act.

The East Rapid City Water System Expansion Project is one of the largest water regionalization projects the City of Rapid City has completed. The multi-phase project was authorized and awarded in 2014 with completion in October 2018.