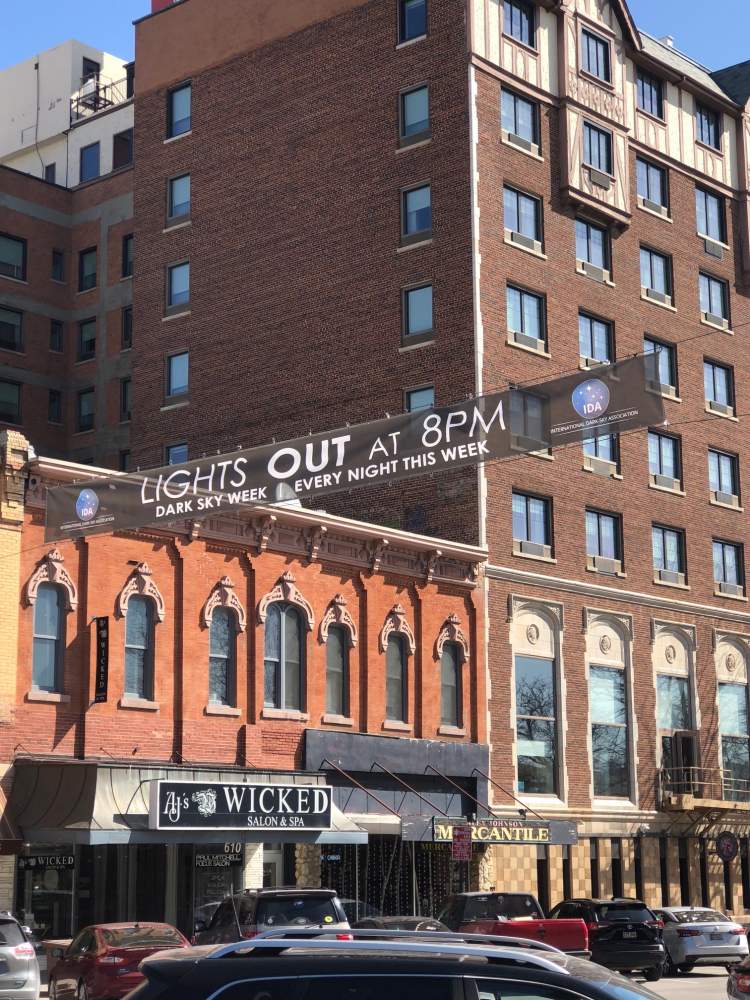 RAPID CITY, SD—Rapid City Mayor Steve Allender is proclaiming April 5 through April 12 as Dark Sky Week in Rapid City, encouraging the community to celebrate the wonders of the night sky and to learn about responsible lighting practices to lessen light pollution.

To commemorate Dark Sky Week, the City observed ‘Lights Out’, leaving street lights off in the downtown core Monday night until 9:30 p.m.  The Rapid City Sustainability Committee and the local International Dark Sky Chapter have hosted local lights out events in the community since 2016.  A downtown banner on St. Joseph Street is promoting Dark Sky Week and encouraging the public to participate in lights out at 8 p.m. each night this week.

In his proclamation, Mayor Allender encourages residents, businesses, visitors, employees and neighbors of Rapid City “to celebrate the night sky and the natural nocturnal environment; and to learn about responsible lighting practices that prevent or reduce light pollution and that protect the natural qualities of the night for the good of people, wildlife, ecosystems and climate.

“The experience of standing beneath a starry night sky inspires feelings of wonder and awe, and encourages a growing interest in science and nature, especially among young people within the community of Rapid City.”

The mayoral proclamation references light pollution as any adverse effect or impact attributable to artificial light, which grows at an average rate of two to six percent per year within the United States.  Dark Sky advocates point to the impact light pollution can have on creating widespread skyglow that can affect the natural viewscapes of areas such as Badlands National Park, Wind Cave National Park, Custer State Park, the Black Hills National Forest, Hidden Valley Observatory and other areas of the Black Hills region.