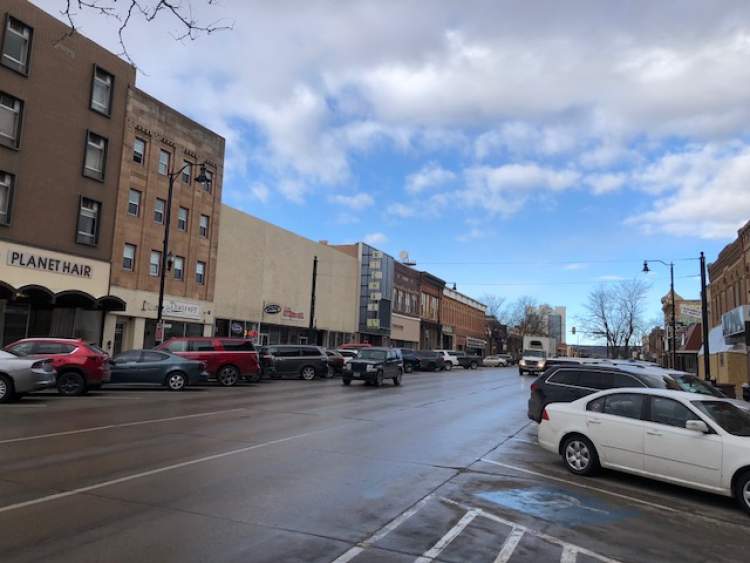 FOR EXTENDED VEHICLES IN DOWNTOWN AREA

**Drivers can be cited for blocking traffic lane

and parking too far from curb

RAPID CITY, SD—City officials are responding to recent concerns from the public regarding potential traffic impacts of large parked vehicles in the downtown area.  The concerns involve extended-cab vehicles such as pickups protruding into traffic lanes while parked along Saint Joseph Street and Main Street.

City officials encourage drivers parking large vehicles in the affected area to find parking on a side street in order to avoid impacting or blocking traffic.  The side streets run north-south and are only two lanes, which can accommodate extended-cab vehicles without impeding the flow of traffic.

According to Municipal Code 10.40.040, a vehicle must be parked entirely within the parking space designated by painted lines, must be headed in the direction of travel, and must park within 12 inches of the curb.  Vehicles that extend into the traffic lane are subject to citations.

Gilligan said violations of this matter are handled promptly with the goal of mitigating the safety hazard. Officers will attempt to contact the registered owner of the vehicle, but if contact cannot be made, the vehicle is towed at owner’s expense.

Since January 1, Gilligan said her parking enforcement team has written about a dozen citations for vehicles obstructing traffic.  Rapid City Police have received more than a half-dozen complaints or calls for service from the public regarding parked vehicles partially obstructing the driving lane.  More complaints and concerns are expressed from the public during summer months.

To report safety hazards, such as vehicles obstructing traffic, call the Rapid City Police Department’s non-emergency line at 605-394-4131.  For general parking concerns in the downtown area, contact the City’s Parking Enforcement Division at 605-394-6098.