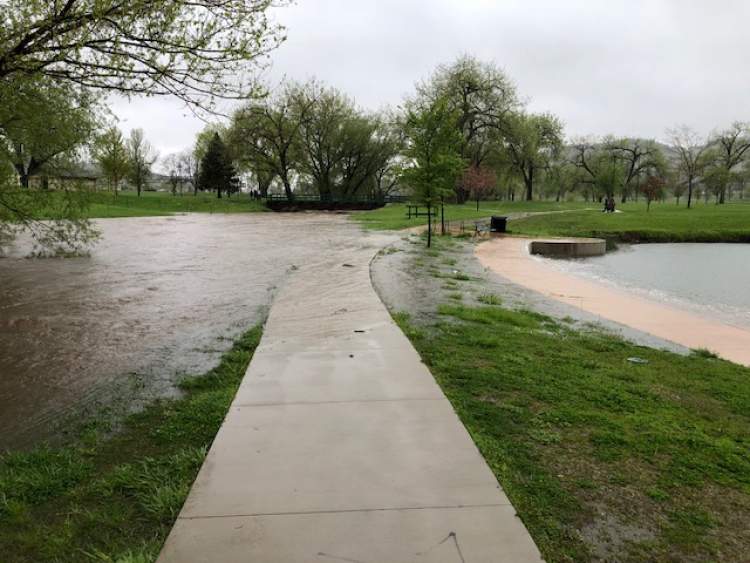 Rapid Creek is over its banks and overflowing the bike path and into Memorial Pond near the Civic Center. City officials advise no travel on the City's bike path due to flooding concerns. (City Photo/Darrell Shoemaker)

ON CITY'S BIKE PATH DUE TO FLOODING

Additional overflows occurred this morning, including a sizeable breach of Rapid Creek over the bike path into Memorial Pond near the Civic Center.  Additional overflows of the Creek are taking place at Founders Park and West Main Street near McDonalds.  Increasing areas of the bike path have been closed to public usage by City officials since mid-April including the bike path crossings at the Fifth Street, Mount Rushmore Road and Canyon Lake Drive bridges, along with areas near Cambell Street and the Central States Fairgrounds.