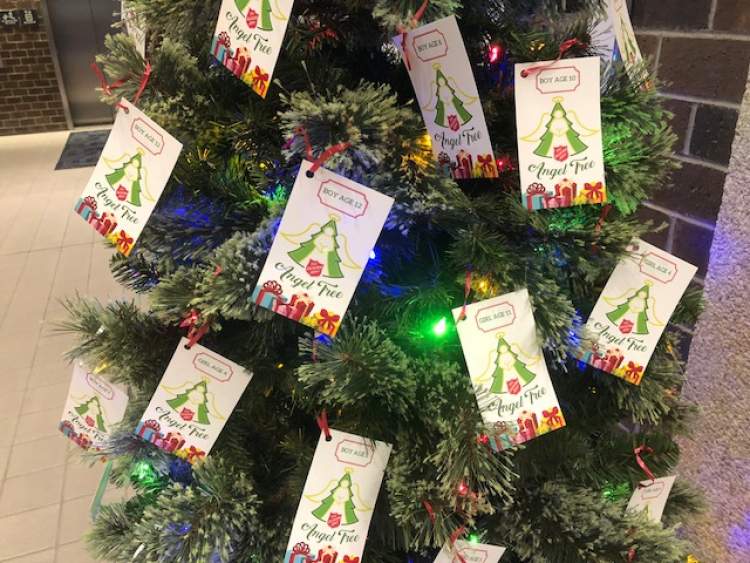 RAPID CITY, SD—The City is again participating this season in the Salvation Army’s Angel Tree Program with multiple tree locations.  The public is encouraged to stop by one of the City’s Angel Tree locations, pick up a gift tag from the Angel Tree containing a child’s holiday gift wish, shop for the item and drop off the tag with the unwrapped item back at the same location.

New this year is an online shopping option, using the links on the back of the tag, with the toy shipped directly to the Salvation Army of the Black Hills.

“It’s an easy two or three-step process taking just a little effort on the part of residents, but the results can have a life-lasting impact on a child,” said Mayor Steve Allender. “Pick up a tag, shop for the item and drop it off. Or with online, simply pick up the tag, shop for the item online and have it sent directly to the Salvation Army.”

"There are few greater rewards than bringing happiness and joy to a child during the holiday season by granting their gift wish,” said Mayor Allender.  “The City is pleased to participate again in this year's Angel Tree program,"

*City Hall/300 Sixth Street:  The Angel Tree with gift tags is located in the lobby. Unwrapped gifts and tags can be placed at the tree or taken to the Mayor's Office on third floor.

*Rapid City Fire Department/10 Main Street:  Fire Station 1 has prepared a fire-themed Angel Tree with gift tags located at the station on Main Street.  Gift tags and gifts are placed beneath the tree at the location. When tags are gone, the public is still encouraged to drop off unwrapped gifts which will be donated to the Salvation Army.

*Roosevelt Park Ice Arena:  The facility’s Angel Tree with gift tags will be up by Thanksgiving.  The public can pick up gift tags and bring the gift back to the facility.