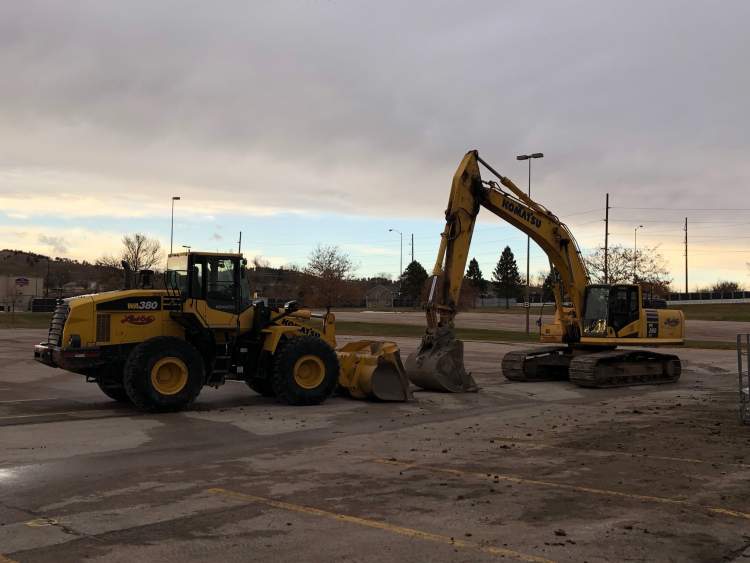 RAPID CITY, SD (December 3)--Supported by the largest single building permit ever issued in Rapid City's history, the City is approaching the highest annual building permit valuation in its history.

With one month remaining in the year, the City has issued a total of 3,722 building permits, which is already higher than the 2018 total of 3,706 permits issued.

(RELATED STORY ON THE LARGEST SINGLE PERMIT ISSUED BY THE CITY)

RAPID CITY, SD (November 20)--Just days removed from the groundbreaking for the new Rushmore Plaza Civic Center, the City has issued the largest single building permit in its history to build the facility.

The permit valued at $111.5 million was issued to M.A. Mortenson Company of Minneapolis, MN to build the new Civic Center Arena. Construction has started and a groundbreaking ceremony was held last Saturday at the site, adjacent to the Civic Center's Barnett Arena.  Completion of the project is scheduled for the fall of 2021.

The permit's value puts the City's total building permit valuation for 2019 over $300 million.  It is the fourth consecutive year the City has issued permits with a total valuation of more than $300 million.

"Ever since 2011 when the City achieved $200 million in permit valuation, we haven't looked back," said Mayor Steve Allender. "And now, four consecutive years with more than $300 million in yearly valuation.

"Large projects, small projects, it all adds up. It means jobs and growth for Rapid City. Behind these projects are builders, electricians, painters, plumbers, welders and others and once built, employees, homeowners, families and customers supporting our community."

The previous record for the largest single building permit issued by the City was in January 2018 with a $92.5 million permit for Rapid City Regional Hospital's Phase II expansion.