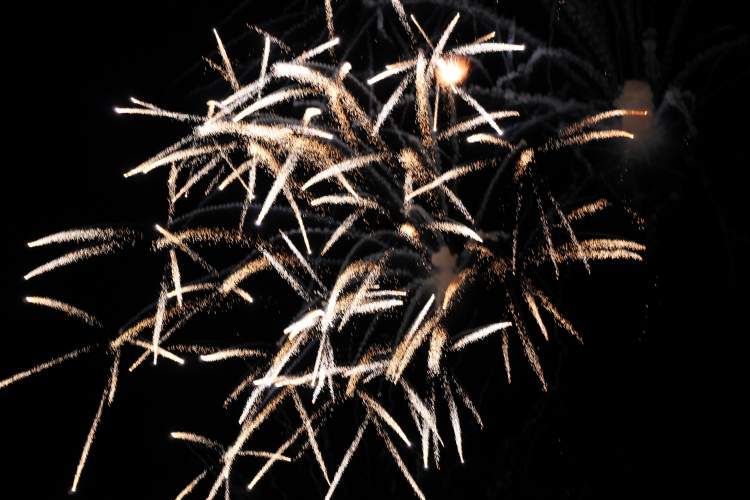 "This Independence Day is shaping up to be a great holiday experience highlighted by the City's fireworks show,” said Mayor Steve Allender.  "We encourage everyone to come out and enjoy the events. Independence Day is a great time for families, firework shows and food, and we hope everyone has an enjoyable and safe holiday."

"As part of all the planning that can go into celebrating the Fourth of July, we want to remind the public about the importance of safety and the extremely dry conditions in the region," said Culberson.  "We want everyone to have an exciting and fun time but be safe.”

Culberson reminds the public that fireworks, with the exception of novelty fireworks, in the City limits is prohibited.

"Even with the use of novelty fireworks, use extreme caution and proper safety," Culberson said.  "And if you are in areas where fireworks are allowed, safety measures include the proper handling and use of fireworks and having sufficient water supplies on hand should a problem arise.

“Have a fun, safe and memorable holiday, and remember there are many options to avoid impaired driving, including designating a driver, using ride-sharing services or a taxi, calling a family member or friend,” Hedrick said.

There will also be fireworks and holiday activities in area communities.

The public is advised to be patient and allow extra time when arriving and departing the downtown area for the City's Independence Day fireworks event.

The Rapid City Police Department will be restricting and prohibiting access near the display area around the Executive Golf Course.   Consider arriving early to access prime parking and viewing areas for the display.  Drivers are advised to use caution when driving through construction areas, including along Omaha Street west of West Boulevard, as well as adjacent areas near the fireworks display area, both before and after the show due to increased traffic in the area.

The public is advised to use caution along the City's bike path in the area of Founders Park, Executive Golf Course and the Legacy Commons/Memorial Park area with larger numbers of pedestrian traffic expected in these areas.

City offices and some operations and services will be closed on Monday, July 5 in observance of Independence Day. The Monday, July 5 City Council meeting is moved to Tuesday, July 6 at 6:30 p.m. in Council Chambers.

Rapid Transit Service operations, including RapidRide, Dial-a-Ride and the City View Trolley, do not operate on Sundays and will not be in service on Monday, July 5.  Operations will resume on Tuesday, July 6.

The Rapid City Public Library and The Monument will be closed Sunday and Monday, July 4-5.

Fireworks go on sale and are eligible for discharge from June 27-July 11 in South Dakota, City officials remind residents and visitors that City ordinance prohibits fireworks within city limits with the exception of 'novelty fireworks' such as sparklers, party poppers, snappers, toy caps and flitter sparklers (Ordinance 8.24.020).

1.   Storage and handling of fireworks permitted in Section 3304.

2.   Manufacture, assembly and testing of fireworks as permitted in Section 3305.

3.   The use of fireworks for display as permitted in Section 3308.

4.   The sale or use of certain novelty fireworks within the city are permitted, and are limited to the following: