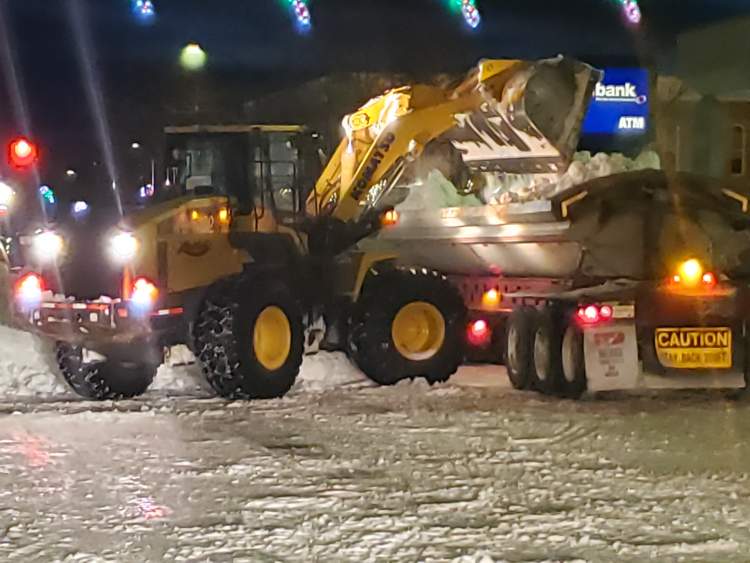 In this file photo from December 2, contractors and City crews were busy downtown collecting and hauling away snow during a downtown snow alert. The City has declared a Downtown Snow Alert for tonight/Wednesday morning from 2 a.m.-8 a.m. and cars must be removed from the downtown core area or car owners face towing charges and a fine. (City File Photo/Darrell Shoemaker)

RAPID CITY, SD--The City's Public Works Department is issuing a Downtown Snow Alert for this evening in the downtown core area for removal of snow.

Any cars remaining in the downtown core area after 2 a.m. will be towed at the owner's expense and may be subject to a fine.

In addition, business owners are strongly encouraged to remove the snow from in front of their businesses and advised to push the snow into the streets prior to the downtown snow alert period of 2-8 a.m.

Contractors and City crews will begin snow removal operations downtown at East Boulevard and move west to Fifth Street.  Operations will commence within the downtown core boundary early Wednesday morning at around 2 a.m.