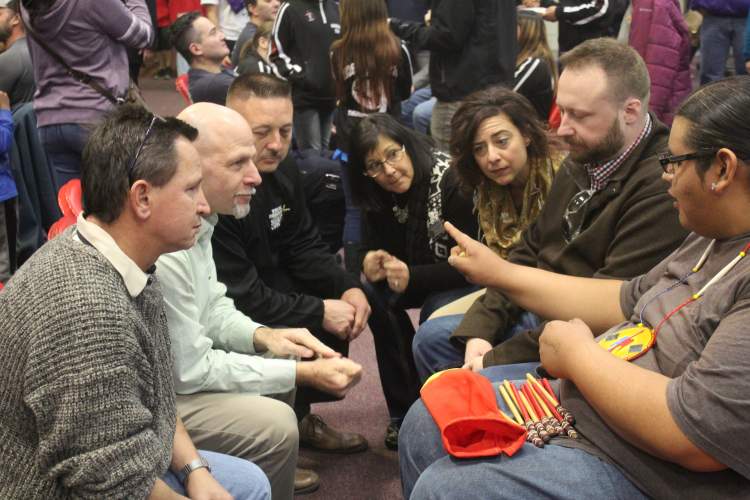 The largest event at the LNI each year is not basketball but the Hand Games competition.  This year's competition offered the community the opportunity to experience the popular competition.

Teams sat across from each other and Lakota students and teachers instructed the teams on the basics of the game.

Each of the bone sticks represents one of the spirits in the Lakota creation story and are often created from deer, elk or buffalo bones with a paint line designating the marked bones.   Competitions are often accompanied by drummers and singers performing special songs.