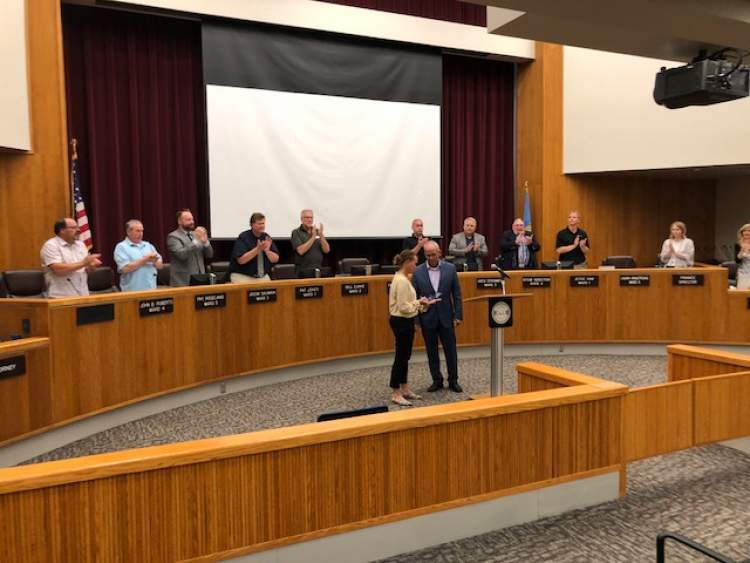 City Finance Director Pauline Sumption received a standing ovation from Mayor Steve Allender and the Rapid City Council Monday night (Sept. 19). Sumption was recognized and honored for her 15 years of service to the City and citizens. She has spent 23 years working in municipal government including a stint in Sturgis.

A native of Yankton and a graduate of Northern State University in Aberdeen, Sumption began her municipal career in 1999. She credited former Mayor Jim Shaw for hiring her to join the City in 2007, the elected officials along the way, and former Finance Director Jim Preston for his mentorship.

The City’s Finance department oversees the budgets of 12 departments, two more than when she started in 2007.