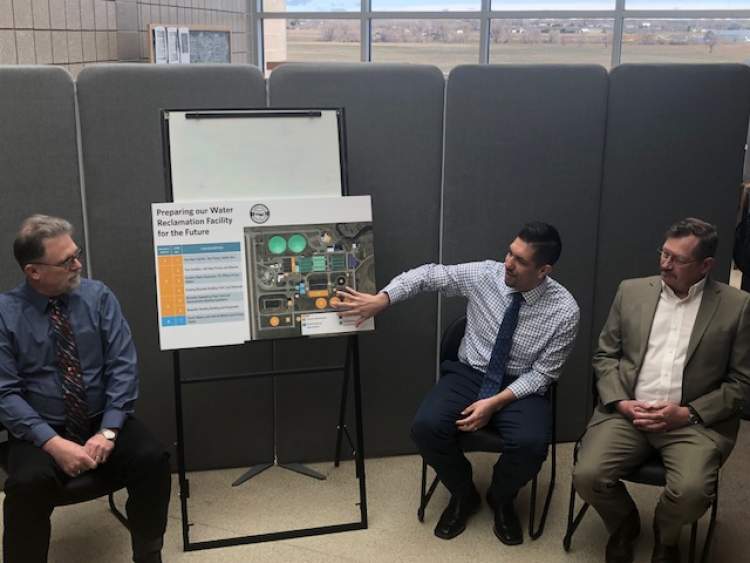 From left, Stacey Titus, Eddie Lopez and Dave Van Cleave of the City's Public Works Department discuss the state loan and grant awards to the City of Rapid City for the building of a new wastewater reclamation facility.

The City of Rapid City will receive a $101.5 million Clean Water State Revolving Fund loan and a $43.5 million American Rescue Plan Act (ARPA) grant.  The $145 million in awards to the City of Rapid City were announced April 13 by the South Dakota Department of Agriculture and Natural Resources and were approved by the Board of Water and Natural Resources.  The Rapid City awards are part of more than $183.9 million in grants and loans being distributed by the state for drinking water and wastewater projects in western South Dakota.

Officials with the City’s Public Works Department shared comments and details about the awards and the planned use of the funds for a new wastewater reclamation facility with local media outlets Thursday morning.

The City will use the loan and grant to build out its South Water Reclamation Facility and decommission its north plant facility.