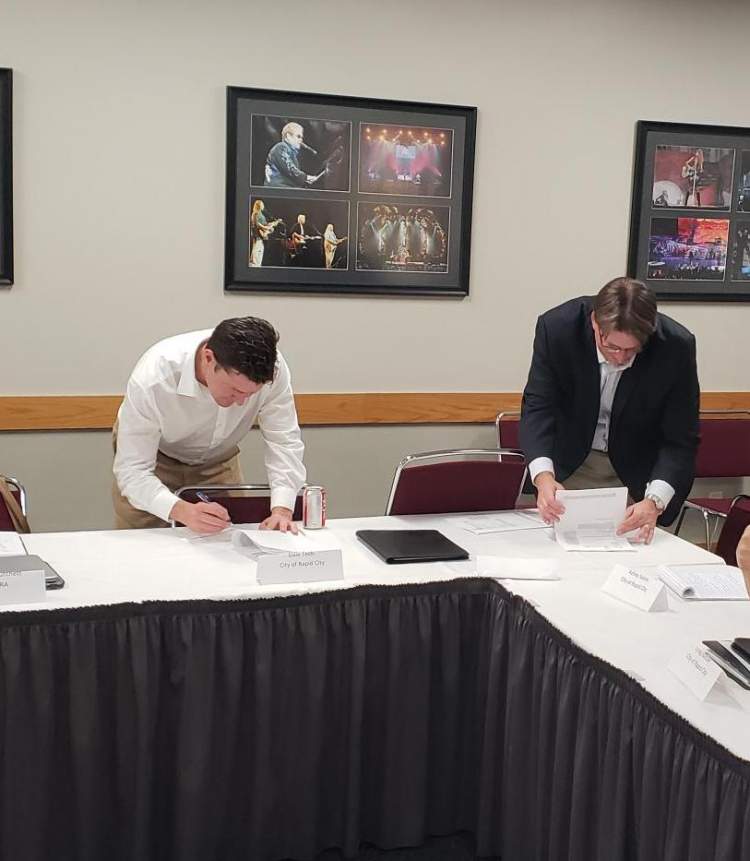 Mike Harvey of Perkins + Will and City Attorney Joel Landeen signed agreements July 26 at the Civic Center. Perkins + Will is the design architect for the Arena expansion project and will be partnering with JLG Architects of Rapid City.

Founded in 1935, the company has worked on six continents, on more than 55 arenas and event centers, and more than 50 nationally award-winning sports projects. Perkins+Will was ranked as one of the top five sports architecture firms and as the number two design innovation firm in 2017 by Building Design & Construction and the number two architecture firm in the country by Interior Design Magazine.

Local design partner, JLG Architects of Rapid City, was founded in 1989 and is 100% employee-owned. JLG is one of the country's 50 Most Admired Companies (MSN Money) and 50 Best Places to Work (Inc Magazine). JLG is one of the top 20 sports architecture firms in the United States, having worked on internationally-recognized facilities such as U.S. Bank Stadium, the Sanford Pentagon, and the Ralph Engelstad Arena. Locally, JLG designed the Landstrom's Building Addition and Renovation, Murphy's Pub & Grill Renovation, South Dakota Public Broadcasting Black Hills Bureau, and The Garage Coworking Space, Historic Renovation (all Rapid City). JLG has 12 offices throughout South Dakota, Minnesota and North Dakota.