AND THE WINNERS ARE...'Name The Garbage Truck' Contest Winners Revealed 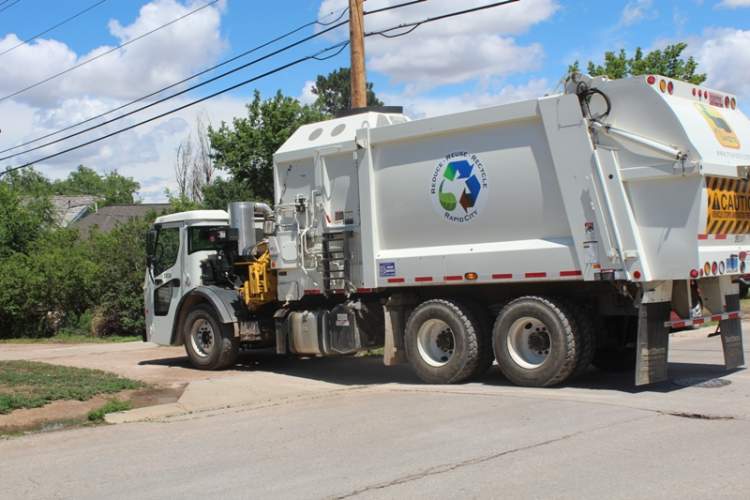 Winners will place signs on trucks

RAPID CITY, SD—The votes have been cast and counted in the City’s ‘Name The Garbage Truck’ contest.  And the winners are…

A total of 811 votes were cast during the voting phase of the contest which began earlier this year when the City asked the public for submissions to name nine City garbage trucks.  The response was tremendous with more 315 suggested names.  The suggestions were cut to 35 finalists and the public was again tasked to participate by voting for their favorites among the finalists with the top nine selected as new names for the trucks.

The top selections and the winners who suggested the names were announced during National Public Works Week activities at Main Street Square this afternoon (Thursday).

Winners received prizes donated by The Monument and the City’s Parks and Recreation Department.  The winners will also be invited to the Rapid City Landfill on National Garbage Man Day, June 17, to place magnetic signs projecting the names on the garbage trucks.

“The purpose of the contest was to put a ‘name’ to the ‘face’ behind garbage collection,” said Shannon Truax of the City’s Public Works Department.  “Today’s announcement coincides with National Public Works Week, which is an opportunity to promote and reflect on the great work of our public works staff and crews, which includes our solid waste and collection workers.”

Jancie Knight, outreach coordinator for the City’s Solid Waste Division, was impressed with the public’s response to the contest.

“It was an overwhelming response, both in the hundreds of names that were submitted but also with the number of votes cast,” said Knight.  “People were excited about the contest.  Their submissions were very creative and the winning entries really puts an identity to the trucks, the crews and to the work of the solid waste division and the public works department in general.”