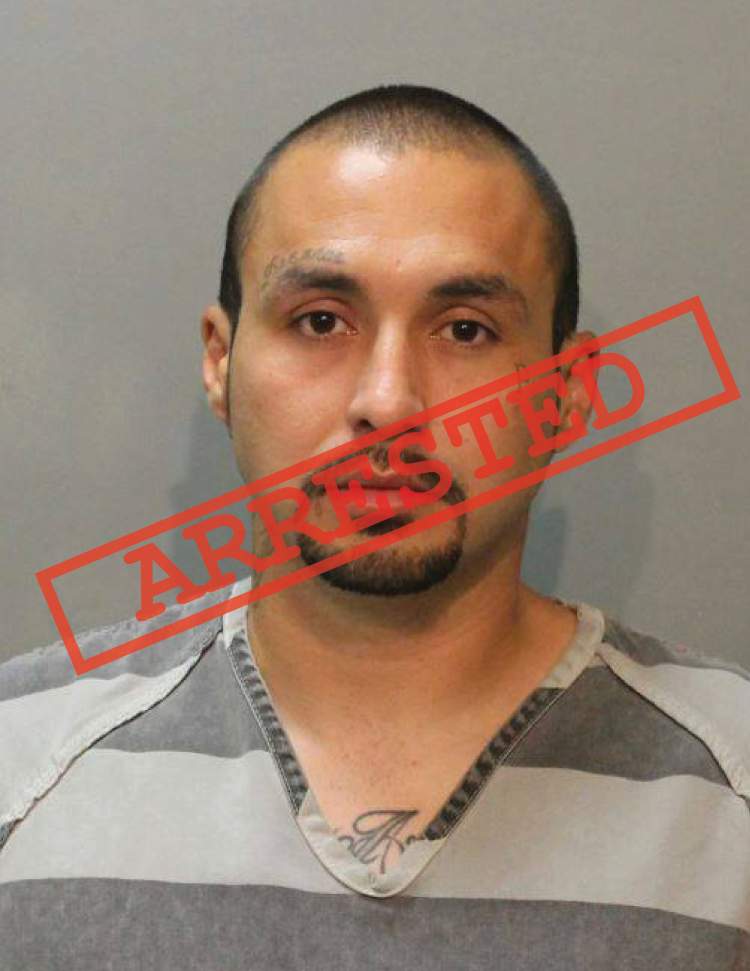 33-year-old Daniel Pacheco remains in custody in the Pennington County Jail after he was arrested Sunday morning. Pacheco was wanted as a Parole Absconder. He was also wanted for questioning about the June 17th murder of Kiawe Walker. Information garnered through the investigation indicated Pacheco was present at the time of the shooting, which led to Walker’s death.

In the early morning hours of August 21st, police received information indicating Pacheco was inside the residence at 808 Blaine Avenue. A search warrant for the residence was requested and obtained.

Pacheco is known as a heightened risk to public safety when confronted by law enforcement. It should be noted that Pacheco has a lengthy criminal history with local law enforcement. Here are some noteworthy encounters:

In order to apprehend Pacheco as safely as possible, the Rapid City/Pennington County Special Response Team was called to location to assist in taking him into custody. A perimeter was formed around the residence, and its occupants were ordered out of the house. Five residents exited the lower-level apartment and were escorted to safety. Law enforcement continued to order the remaining occupants out of the house, but they did not comply for several hours. Eventually, three more subjects exited the residence, including Pacheco. One of the three subjects, identified as 27-year-old Santana Martinez of Rapid City, was arrested for her active Warrant. Pacheco was arrested for his outstanding Parole Warrant.

“This is an excellent example of members of the community working with local law enforcement in order to keep our city safe,” said Captain James Johns of the RCPD Criminal Investigation Division. “Daniel Pacheco’s arrest comes as the result of information garnered from the public. Mr. Pacheco has countless connections to the local drug underworld, and the community is safer now that this dangerous individual is off the streets.”

The Special Response Team is comprised of members from both the RCPD and Pennington County Sheriff’s Office. These highly-trained and highly-skilled individuals can be called out for a variety of scenarios, to include barricaded subjects, the serving of arrest warrants, sniper incidents, and incidents involving hostages. The SRT’s ultimate objective is to successfully resolve any incident it is faced with. It is the team’s philosophy to resolve an incident using all tools at their disposal and to use only the amount of force necessary to ensure the safety of the public.