UNET investigation results in recovery of record amount of heroin 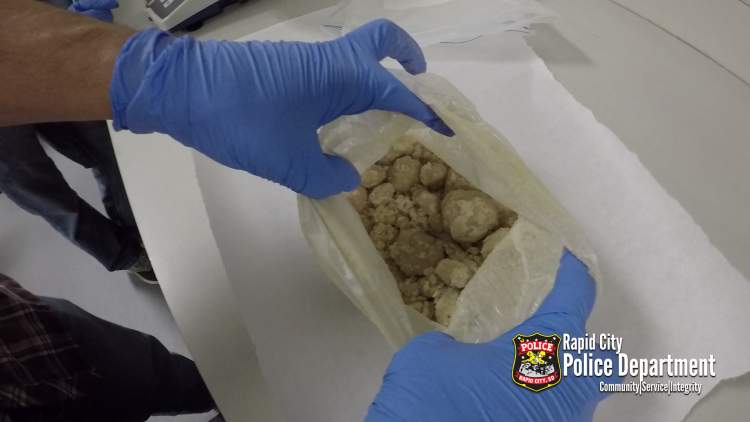 On November 2nd while following up on an existing drug investigation, members of the Unified Narcotics Enforcement Team received information that a parole absconder was staying in a local motel. The suspect is identified as 35-year-old Matthew Kurtenbach of Rapid City. With the assistance of Parole Services, Kurtenbach was located and arrested for a Parole Violation. A search of his person and the room in which he was staying turned up heroin, methamphetamine, and a large amount of cash.

Further investigation during this incident led members of the UNET to another subject and motel room. The subject, identified as 36-year-old David Rupert of Rapid City, was on bond for felony drug charges. Law enforcement located Rupert and took him into custody. He was ultimately arrested for two counts of Possession of a Controlled Substance, and two counts of Distribution of a Controlled Drug. A search of his person and motel room turned up methamphetamine, a large amount of cash, a firearm, and a record amount of heroin. More than 16 ounces of heroin were recovered. That equates to more than 4,600 individual doses and carries a street value of more than $185,000.

“This is the largest amount of heroin law enforcement has ever recovered in Western South Dakota to date,” says Sgt. Dale McCabe, commander of the UNET. “What’s concerning about that is we wouldn’t see this large amount without the existence of a demand for it in our community. Myself and the other members of the UNET are dedicated to identifying the pushers of heroin in a full-fledged effort to rid our streets of this extremely dangerous drug.”

The UNET’s primary responsibility is the investigation of all drug-related offenses in the area. Local agency members of the UNET are all sworn Special Assistants to the South Dakota Attorney General and have statewide jurisdiction. The team works in the Pennington, Fall River, Custer, and Meade County areas.

The RCPD is one of several agencies that make up the UNET, which is operated as part of the South Dakota Division of Criminal Investigation. Other Agencies that make up the UNET include the Pennington County Sheriff’s Office, the SD DCI, the Drug Enforcement Administration, the Bureau of Alcohol, Tobacco, and Firearms, and the South Dakota National Guard.