Two officers promoted to the rank of Sergeant 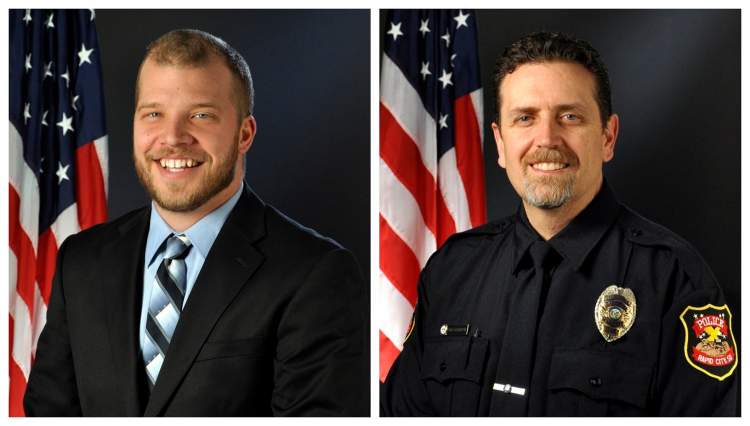 Effective immediately, Interim Chief of Police Don Hedrick announces the promotion of Phil Koch and Chris Holbrook to the rank of Sergeant.

Sgt. Koch began his career at the RCPD in 2012 as a Patrol Officer. He has since served as a Police Training Officer before his transition into the Criminal Investigations Division as a people crimes Detective. Sgt. Koch’s ancillary duties include being a member of the RCPD’s Fitness Team, the Critical Accident Reconstruction Team, and a mentor for the Western Dakota Tech Akicita Program.

Sgt. Holbrook grew up in Rapid City, attending Central High School. He began his career with the RCPD in 1995, with previous service as a K9 Handler and School Liaison Officer. He returned to the RCPD in 2018 where he was a Patrol Officer before transitioning into the Criminal Investigations Division as a property crimes Detective. His ancillary duties include being a member of the Critical Accident Reconstruction Team and as an emergency driving instructor.

“Sergeants Koch and Holbrook have demonstrated a natural affinity for leadership and the ability to remain cool under pressure throughout their assigned duties with the RCPD,” says Interim Chief of Police Don Hedrick. “I’m excited to welcome them into their respective roles of frontline supervision within the ranks of our agency.”

Sgt. Koch and Sgt. Holbrook will be reassigned to the RCPD’s Patrol Division in late August as Patrol Shift Supervisors with shift assignment to be determined.